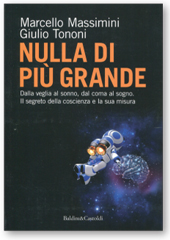 [Nothing bigger than that: from wakefulness to sleep, from coma to dream. Unravelling consciousness through a quantitative measure]

Defining whether we are conscious or not seems a rather trivial task: of course we are! We would not be able to read or answer this question if we were not. But then, if a definition of consciousness were required, would we be equally assertive? Not quite, we deem.

Some of us may get some philosophical inspiration in Decartes' "cogito ergo sum" quote; some others may resume high-school literature memories and resort to Leopold Bloom, the principal character of the James Joyce's Ulysses, who becomes world famous for his "stream of consciousness", a nearly unintelligible chain of thoughts that rapidly crosses his brain. The most reckless may seek for an answer in scientific books under the assumption that someone must have attempted to define consciousness and shall have found a conclusive answer. The latter will most likely approach with great excitement this book written by two medical doctors, a neurophysiologist (Marcello Massimini) and a psychiatrist (Giulio Tononi). The authors, two leading scientists in the neurophysiology of consciousness, who globetrotted between Italy, Belgium, Canada, and United States of America, attempted and managed to give a quantifiable and measurable form to something as vague as consciousness.

In this outstanding book, the authors provide a series of fundamental lessons to highly educated readers and scientists: on the one hand, they detail many years of research devoted to addressing the theoretical and biological mechanisms behind consciousness; on the other hand, they provide a book describing the quintessential nature of any scientific endeavor. The latter can be exemplified through an hourglass: it has a large upper part that tightens to reach its narrowest part in the center and then a widening end culminating in a section as large as where it started from. Any scientific piece should follow the same structure: a broad general phenomenon of interest (large upper part), which is operationalized through finite experiments and stringent methodologies (narrow center) that, in turn, can allow certain conclusions regarding the aforementioned general phenomenon.

This book masters this approach. Starting with general questions about consciousness, it delves into the variable ways in which this aspect has been approached by various disciplines (philosophy and biomedicine in particular). Then, it highlights fundamental paradoxes of consciousness that cannot apparently be solved without the adoption of a scientific approach capable of recapitulating available data. For example, why does the cerebellum contain four times as many neurons as the thalamocortical cortex and has little-to-nothing to do with consciousness? Why aren't we generally aware of the fact that the retina has a blind spot? Is there a theoretical approach capable of explaining these and many other apparent paradoxes?

Particularly interesting, at this point, have we found the reference to Charles Darwin. All data for the theory of evolution by means of natural selection were there: what was needed was someone capable of summarizing them into a unifying theory. The authors attempt and, to our perspective, succeed in proposing a unifying theory of consciousness explaining these and many other fascinating phenomena.

We will not describe the theory here, as we would like readers (likely scholars or students of biomedical disciplines, and those with a specific interest in how our brain governs the still largely unknown machinery regulating our inner desires and survival motivations) to experience the same excitement we had while reading and grasping its meaning.

The proposed theory constitutes an extremely powerful tool to be adopted in many different contexts, not just the solution of apparent paradoxes. In particular, it will aid the communication between medical doctors and those patients in which consciousness is undefined. Patients that, by accident or natural aging, present in vegetative or minimally conscious states. Through the theoretical framework defined in this book, we have a tool to ask questions that we never were able to in the past. We can't wait to see what the answers will be. 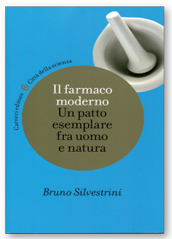 [Novel medicine: a paradigmatic compromise between human and nature]

Among the most frustrating aspects, in the rewarding and hectic life of a scientist, diplomacy ranks fairly high. Far too often are we compelled to convince our sponsors that our ideas are good enough to get funded. Needless to mention, we share this duty with many remarkable entrepreneurs: as the author of this book reminds us, Cristoforo Colombo had to convince the Queen of Portugal that some money to buy Caravels (infrastructural support, in modern terms), and underpaid manpower in the form of prisoners (in the third millennium they refer to themselves as PhD students) would beget a considerable knowledge advancement in geology, economy, and astronomy. His hypotheses were pertinent and the methodology appropriate. His results turned out fundamentally wrong but not many people are complaining nowadays... A good project is worth getting funded, despite potentially negative results.

Back to diplomacy, in the scientists' realm, most of the times are we requested to tone down our ideas in order not to upset readers, editors, funding agencies, department heads, and many others. Bold statements tend not to belong to science: only those who achieved an opinion leader status, acquired worldwide reputation, and represent a source of inspiration to hundreds of scholars, are allowed to share their views as blunt as they deem. One such status has been doubtlessly attained by Bruno Silvestrini whom, in his most recent book, openly shares his views on the pharmaceutical market and its principal shortcomings (patents, preference for drugs of new synthesis over natural drugs, flawed consideration of evolutionary concepts in drug research and development). Bruno Silvestrini is a pharmacologist, author of more than 500 scientific publications. He has an international experience both in public institutions and in private industries. His studies led to the registration of a widespread antidepressant and of several other medicinal products.

This easy-to-read comprehensive book takes the reader through the fundamental aspects of medicines, their development, use, and misuse. The introductory chapter will make the reader's evenings when it comes to tempering quarrels between those who believe that medicines are evil and those who believe that we couldn't live without them. In this chapter, medicines are described, and their advantages and disadvantages detailed: the main conclusion is that drugs are good but can be bad when doses skyrocket. Paraphrasing the author's words: broadly speaking, the sun is the most cancerous agent in the world; but this doesn't mean that we should live in the darkness. Particularly interesting did we find the paragraphs on the placebo effect and on drug metabolism and pharmacokinetics. The latter contains some, cogently answered, provocative questions: what are the risks of some cosmetics? Is the electronic cigarette useful? What is the quickest way to get drunk?

After this general introduction, Silvestrini delves into fundamental aspects of medicine, detailing the differences between natural and synthetic medicines. The former are drugs available for ages, that stimulate natural responses in living organisms, and for which long and expensive developments are not needed: one example? Vaccines. Synthetic medicines are chemical, ad hoc designed, expensively patented drugs, for which adverse effects can be mitigated but not completely excluded. The author has a clear, robust, and unmistakable preference for natural drugs. Such preference is detailed and supported by convincing arguments. Beside scientific evidence, the reader will find in this book lot more: ethical questions, historical details, philosophical debates... Ultimately, the reader will find a quintessential description of the concept of medicine: when, where, and why did pharmaceutics start? How did it get to its current stage? What is good? What is bad? What can be improved? Is animal experimentation necessary? (Yes, though it could be reduced...).

The final section of the book contains a user-friendly summary, recapitulating all the aspects detailed in the book.

In a 2.0 star-rating world we cannot refrain from mentioning the aspects that we liked most and those we disagreed upon.

We did not like the inappropriate use of the term "vivisection" as a quasi-synonym for animal experimentation. In the expected re-editions of this book, this aspect may be modified.

What we liked: everything else, with a special mention to the description of the Author's early stages of his career. This part contains a detailed, curiosity-rich narration of time spent by Bruno Silvestrini at the Istituto Superiore di Sanità, working together with the Nobel Laureate Daniel Bovet. As current employees of this institution, we found that section particularly touchy.