AIDS could dominate Russian budget by 2020 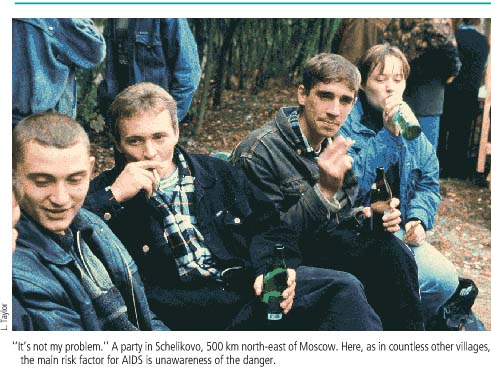 Treating AIDS patients could absorb 82% of the Russian budget by 2020, according to an epidemiological and economic model of the Russian epidemic developed by the Moscow office of the World Bank, the Russian Federal AIDS Centre and the Economics Institute of Charles University in Prague.

Vadim Pokrovsky, Chief of the Russian Federal AIDS Centre and one of the authors of the model, told the Bulletin that the main conclusion is "that the government must be more active in prevention  not only to fight HIV, but also because when we fight HIV we are also working for the economy."

"At the moment HIV/AIDS doesn't get enough attention from the government; we need to show and explain this model to decision-makers... people from the ministry of the economy, of development  the finance ministries. Of course our objective is to reach the Deputy Prime Minister or Prime Minister Putin himself. That will be the next step."

"This is of course not enough for Russia. There were expert estimates at the beginning of the 1990s that for effective control we'd need to spend about US$140 million a year."

"I think it will take about three to five years to explain to our government that AIDS is a real danger, because at the moment the epidemic is in the early stages. Only 2000 have died up to now. And amongst those who are alive we have only 1000 AIDS cases. The epidemic is fresh. It began only five years ago."

Currently the epidemic is mainly among injecting drug users and in prisons "and this creates another difficulty because people think 'it's not my problem"' Pokrovsky said. "But we are seeing more and more cases of heterosexual transmission. From the year 2000 to 2001 the total number of infected non-drug-using heterosexuals will rise from 2000 to 5000. And the percentage of these people among the total infected increased from 3% to 4%. So there are signs of a generalization of the epidemic into heterosexual transmission."

Another issue is the price Russia is paying for its antiretrovirals  US$ 4200 to US$ 9000 a year, much the same as in the West, compared to some regimens available in Africa at only US$ 850 a year.

"Personally I do try to negotiate with the companies, but some questions need the participation of the government" said Pokrovsky.

Christof Ruehl, Chief Economist at the World Bank Moscow Office and coauthor of the model, told the Bulletin that the idea has been "to put some discipline into the debate" about HIV/ AIDS in Russia. "Up to now anyone could pick whatever idea they liked out of the blue sky. This model ensures that people test their assumptions against facts. Our second goal is for the model to be used as a tool for policy."