No deal in sight on cheap drugs for poor countries 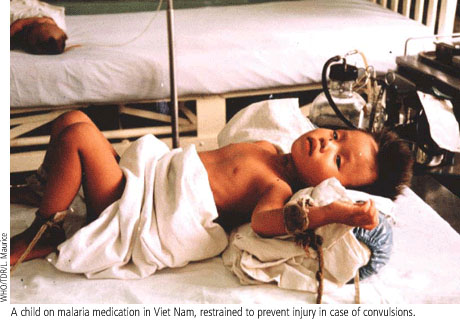 Trade talks on giving poorer nations access to cheap life-saving drugs broke down on 20 February after the United States, under pressure from its powerful pharmaceutical lobby, rejected a new set of proposals.

Negotiators said it was unlikely a deal could be reached before September, when trade ministers gather for the next ministerial meeting of the World Trade Organization (WTO) in Cancun, Mexico. "If it hadn't been for the US there would have been a solution that would have satisfied everyone else long ago, but now positions have become entrenched," said one United Nations official.

The US has faced widespread criticism for blocking the deal in December, forcing negotiators on the WTO's Trade- related Aspects of Intellectual Property Rights Council, known as TRIPS, to miss their deadline for agreement at the end of 2002. But diplomats say countries like France, Germany and Switzerland which also have large pharmaceuticals industries, were secretly relieved that the deal did not go ahead in its current form.

It was the second time negotiators from the 144 WTO member states met this year in an attempt to salvage the deal which was blocked by the US on 20 December last year. The trade agreement, which has been 18 months in the making, is aimed at saving the lives of millions of people with illnesses such as AIDS, malaria and TB who die because their countries cannot afford the drugs needed to treat them.

Diplomats from developing countries said further delay would cost millions more lives and could fuel antiglobalization protests such as those seen at the WTO Seattle meeting in 1999. "If they [the US] wait until Cancun it will become a politically explosive issue and they will run the risk of raising public opinion against them," said Faizel Ismail, the head of South Africa's delegation to the WTO.

At issue are precious drug patents that protect pharmaceutical companies' multimillion-dollar business by preventing their products from being reproduced and sold without permission. The aim of the talks is to give the world's poorest countries access to HIV/AIDS test kits and lifesaving drugs, as well as drugs for diseases such as Ebola haemorrhagic fever, African trypanosomiasis, cholera, dengue fever, and typhoid fever.

Trade ministers of WTO member nations agreed at the last ministerial meeting in September 2001 in Doha, Qatar, to waive patents under certain circumstances so that cheap generic copies of such drugs could be produced for poor countries facing devastating epidemics and public health crises.

According to the Doha Declaration, a country that cannot afford to pay market prices for such drugs may issue "a compulsory licence" compelling a patent holder to license a producer to manufacture cheaper generic versions of the patented product.

The producer could be based in the licensing country, but would usually be in another developing country, such as Brazil, China or India with the capacity to manufacture drugs. Washington fears the system could be open to abuse and that drugs produced under compulsory licence for poor countries may be diverted to richer, more developed ones to undercut drug markets  something most countries argue is hypothetical and should be handled separately if and when it happens.

Observers also note that although the US was the only country to reject the draft agreement in December, several developing countries with large generic drug industries like Brazil and India have stood in the way of a compromise deal with the US. "The interests of countries like India and Brazil are not identical with those of poor developing countries which do not have the capacity to produce their own drugs," the UN official said on condition of anonymity.

His comments underscore another sticking point, which is the fear of industrialized countries that if the drugs included in the deal are limitless, poor countries might abuse the system by issuing compulsory licences on lifestyle drugs, such as Viagra, or non-infectious illnesses such as diabetes or asthma.

To avoid such a situation, the US has proposed limiting the deal to seven of the world's "worst" infectious diseases, including AIDS/HIV, malaria and TB. Most developing countries reject this, saying it is impossible to predetermine which are the "worst" epidemics, and insist they should be allowed to decide public health priorities for themselves. But some developing countries, like Brazil and India, with large generic drug industries, are opposed to limiting the number of diseases on the list for another reason.

"They have such huge generic drugs industries that they would like to see more diseases included so that they can sell as many drugs as possible," the UN official explained, adding: "This does not help poorer countries that are desperately in need of these drugs either".

Developing countries have also rejected a proposal by the European Union to ask WHO to decide whether the public health situation in a poor country qualified: "No one can predict when a situation will become serious for many countries. We don't want to limit the scope of countries. Once you start making a list, you exclude others," Mr Faizel from the South African delegation said.

In an attempt to reconcile the concerns of both the US and poorer countries, Eduardo Perez Motta, Chairman of the TRIPS council, drafted a statement in addition to the original trade agreement. In it, all countries reaffirm their commitment to the international patents system and make it clear that the waiver on patent rules was intended primarily for use in national health emergencies, such as the HIV/AIDS pandemic.