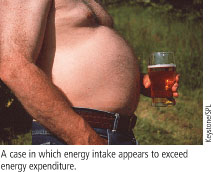 McDonald's breathed a sigh of relief in January when a US District Judge dismissed a suit blaming the fast-food giant for the obesity and health problems of two New York teenagers. The company could not be held responsible for customers' excesses, said Judge Robert Sweet, but it could be so for any harm caused if the food were substantially less healthy than it appeared.

The New York Times quoted from Judge Sweet's 65-page opinion in which he calls Chicken McNuggets a "McFrankenstein creation" laced with dubious ingredients such as TBHQ, a flavourless 'stabilizer,' and dimethylpolysiloxane, an 'anti-foaming agent,' and containing twice as much fat as a hamburger. The plaintiffs' lawyer has amended the suit following the judge's advice.

Legal experts had thought for a long time that the food industry was immune to litigation efforts like those waged against the tobacco industry, eventually with considerable effect. But the recent spate of lawsuits is changing some minds. Many think now that it's just a matter of time before diet-related litigation starts succeeding.

Global illness and death attributed to obesity and its related conditions (which include diabetes, cardiovascular disease and high blood pressure) are approaching tobacco's lethal impact. While smoking kills almost five million people a year, obesity kills three million and the number is growing, according to WHO's World Health Report 2002  reducing risks, promoting healthy life. A billion people in the world are overweight. Of the 300 million who are obese, more than half live in developing countries. Obesity was ranked tenth in the report's list of global disease risk factors, with maternal and child underweight in first place and tobacco use in fourth.

In her book Food politics, Marion Nestle, Chair of the Department of Nutrition and Food Studies at New York University, argues that the food industry spends billions of dollars on marketing products of questionable health value to an unsuspecting public. "The public is hopelessly confused," she says, "and it's to the advantage of the food industry to keep them that way."

She thinks diet-related litigation will eventually be successful and is already having an impact. "Business groups are terrified," she reports. "They're introducing healthier products and changing their marketing techniques as fast as they can. They feel guiltiest about what they're marketing to kids."

Children consume more soft drinks, snacks and other foods with little or no nutritional benefit than adults do, and childhood obesity, together with the illnesses it causes, is on the rise. "Type-II diabetes used to be called adult-onset," says Ian Darnton-Hill, visiting Associate Professor of nutrition at Columbia University in New York, "but now we're seeing it in teenagers." While some say the harm of tobacco on human health is much clearer than diet-related risk, a child who develops diabetes has no chance of quitting  the disease is there for life.

However, the analogy between the tobacco and the food industries is limited. "Tobacco kills half its regular users if consumed as recommended," explained Derek Yach, WHO's executive director of Noncommunicable Diseases and Mental Health. "But food is not tobacco. We all need food for living and we all want to enjoy the food we eat. Further, our early interaction with the food and allied sectors suggests that we will find solutions to the problems of nutrition-related diseases together."

WHO is devising a global strategy on diet, physical activity and health to be presented to the World Health Assembly in May 2004. Much of it will be based on an expert report on diet, nutrition and the prevention of chronic diseases issued by WHO and the Food and Agriculture Organization on 3 March. Summarizing the findings of more than 30 science and food industry experts from around the world, the report stresses the need for countries to develop national guidelines which promote a diet low in saturated fats and sugars and high in fruits and vegetables while encouraging an active lifestyle.

"Now that we have the science, it's time for action," says Pekka Puska, director of WHO's Noncommunicable Disease Prevention and Health Promotion, "instead of building more hospitals we need to put these recommendations into practice so that we can avoid unnecessary illness and death."

On 1 March, WHO's Member States agreed to the Framework Convention on Tobacco Control, a groundbreaking set of public health rules designed to curb tobacco advertising and promotion. The Convention may provide inspiration for the food industry as well.