Meeting the need for treatment: the initiatives

How do you stimulate research and development (R&D) for new drugs, vaccines and diagnostics, for which there will never be a lucrative market?

Many diseases prevail because drugs are old and ineffective, or simply do not exist. Tuberculosis (TB) is a major killer in poor countries, but no new anti-TB drug has been developed since the 1960s. There are rare, often life-threatening diseases, defined in Europe as affecting fewer than one in 2000 people, for which more "orphan drugs" need to be developed. There are diseases that are highly prevalent, such as HIV/AIDS in southern Africa, but while new, effective medicines exist, millions of people and their governments cannot afford them or they are not available at all. Neglected tropical diseases, such as malaria, affect millions of people, but most are too poor to constitute a market that is lucrative enough to justify drug research and development (R&D) in industry terms.

Over the last decade, the world has recognized the problem and started to spend more on health research and product development for these diseases. There has been a flurry of initiatives to address the lack of treatment for people in developing and developed countries. Many of these are outlined by WHO's Commission on Intellectual Property Rights, Innovation and Public Health (CIPIH), an independent panel of experts, in their final report: Public Health, Innovation and Intellectual Property Rights which was published on 3 April 2006 (see p. 351). For example, publicprivate partnerships have become a leading force in the development of drugs for neglected diseases; 46 such projects were in the pipeline in 2005, according to a Wellcome Trust report. The generic drugs industry provides cheap copies of brand-name medicines, has pushed down drug prices overall through competition.

Access-to-medicines campaigners and generic drugs companies argue that patents are a major barrier to meet the huge demand for affordable drugs, vaccines and diagnostics in developing countries.

In contrast, the R&D-based pharmaceuticals industry, which comes up with innovations and patents them to recoup the R&D costs, argues that the bottleneck is not the fault of patent restrictions, but the lack of funds to buy these products and inadequate infrastructure to deliver them.

The generic industry helped establish the US Orphan Drug Act of 1983 to promote the development of medicines for small patient populations by providing incentives, such as tax benefits and exclusive marketing protection.

Some say this model could be used to promote the R&D for drugs for neglected diseases. The generic drugs industry sees several threats to its business model, such as "evergreening" by pharmaceutical companies to extend their patent rights and data exclusivity, i.e. denying the release of information required to advance science.

Publicprivate partnerships show that costly drug development can be combined with social responsibility.

Under a 2002 agreement with US pharmaceuticals company Chiron Corporation, the Global Alliance for TB Drug Development obtained exclusive world rights to the compound, PA-824, and its derivatives, which may be developed into a new TB medicine. Chiron agreed to make the compounds royalty free in endemic countries, while retaining the right to develop and commercialize them for non-TB indications. Another example is a 2004 agreement between the International Partnership for Microbicides and Tibotec Pharmaceuticals, a Belgian subsidiary of pharmaceutical company Johnson & Johnson, to develop a microbicide to protect women from infection with HIV. Sanofi-Aventis is one of the partners of the Drugs for Neglected Diseases initiative's (DNDi) programme that has developed two combination medicines for malaria. This is a patent-free arrangement.

The Medicines for Malaria Venture is working on more than 15 anti-malarial projects with companies such as the Indian generics company Ranbaxy. The International AIDS Vaccine Initiative is developing vaccine candidates for people in developing countries. Its private sector partners include GSK (GlaxoSmithKline) Biologicals, Targeted Genetics Corp., Therion Biologics Corp. and Crucell.

Some proponents of the patent system argue that it could be improved by raising the quality of patents and reducing the cost of using them. One proposal is to harmonize national and regional patent laws under the World Intellectual Property Organization's proposed Substantive Patent Law Treaty. Developed and developing countries are divided on this issue (see story on pp. 344346).

There are two exceptions in the World Trade Organization's Agreement on Trade-Related Aspects of Intellectual Property Rights (TRIPS) that have been made to allow governments to by-pass certain patent rights to address public health needs.

One is when a government issues a compulsory licence to allow a domestic manufacturer to use an invention without the patent holder's consent to produce a drug or vaccine for domestic consumption.

For example, local pharmaceutical companies may obtain compulsory licences to produce generic versions of patented or brand-name medicines. This has been extended to allow manufacture in another country, when the first country does not have a drugs manufacturing capability.

The second exception is parallel import. This is the import and resale in a country without the consent of the patent holder of a patented product that has been legitimately put on the market of the exporting country. This means that drugs sold at a lower price in one country can be imported into another country where the same drug is sold at a higher price. Few governments have taken advantage of these two mechanisms, partly due to complex procedures (see story on pp. 342344).

In its April 2006 report, the independent WHO Commission on Intellectual Property Rights, Innovation and Public Health made recommendations on how to improve access to drugs, vaccines and diagnostics in developing countries within the existing framework of international and national rules on intellectual property (see story on p. 351).

As a way to improve the patent system, the International Federation of Pharmaceutical Manufacturers & Associations (IFPMA) has proposed a "transferable market exclusivity" model under which a company would be granted patent extension for products, including blockbusters, that are marketed in developed countries, in exchange for doing R&D on neglected diseases for developing countries.

There are several proposals on how to provide R&D incentives to develop new drugs in the absence of patent protection.

A draft WHO Resolution (EB117.R13), sponsored by Brazil and Kenya, calls for additional R&D funding for new vaccines and medicines for diseases that mainly affect developing countries as part of a new global framework on essential health research and development. The proposal will be considered at the World Health Asssembly on 2227 May 2006.

The draft resolution draws on a 2002 proposal for a Medical Research and Development Treaty by nongovernmental organization CPTech, which campaigns to improve access to medicines. The idea is that governments raise funds for R&D for neglected diseases by allocating a portion of gross domestic product (GDP) and other methods, and the government sets the R&D agenda.

Another proposal for raising R&D funding is the Medical Innovation Prize which has been put forward in a bill in the US Congress. Under the proposed legislation, new drugs would be treated as generics as soon as they receive regulatory approval and patent holders would be rewarded from a US$ 60-billion award fund for coming up with innovations for better health. The fund would receive 0.5% of US GDP every year.

The Group of Eight (G8) industrialized countries is exploring the advance market commitment (AMC) proposal. Under this scheme, sponsors or donors would make legally binding financial commitments to buy vaccines before they are developed, and companies would supply a successful vaccine at a pre-guaranteed price.

The aim would be to encourage more research into and development of vaccines for neglected diseases in developing countries. It is unclear, however, whether advance purchase can spur research into second- and third-generation vaccines, and how to set a price before a vaccine has been invented.

Open access publication of scientific findings is another initiative to encourage the sharing of scientific research findings as widely and rapidly as possible. For example, the Wellcome Trust, the largest nongovernmental source of funds for biomedical research in the United Kingdom, mandates that all the research it funds is published in open-access journals or other fora.

Researchers at the US National Institutes of Health, one of the world's leading research centres, are also encouraged to publish their findings in open-access fora (see pp. 339). 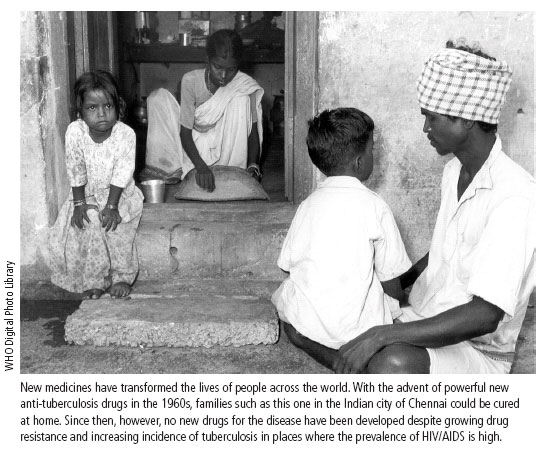 The University of California, Santa Barbara (UCSB), donated a patent that covers the novel use of an established class of cardiovascular medicines, calcium channel blockers, as a potential new drug against the parasitic disease, schistosomiasis, to non-profit pharmaceutical company, the Institute for OneWorld Health, in February 2004.

The University of Nebraska has assigned the Medicines for Malaria Venture the rights to the patent applications and patents on synthetic peroxide technologies to develop medicines for malaria, with no licences involved or payment to the university.

Colombian scientist Manuel Patarroyo donated the patent for a potential malaria vaccine to WHO in 1995, but clinical trials have proved disappointing.

Patent pooling is an agreement between two or more patent owners to license one or more of their patents to one another or to third parties. CoroNovative, a for-profit spin-off of Erasmus University, proposed patent pooling with other researchers to sequence the gene for SARS (severe acute respiratory syndrome), to prevent a fragmentation of research that would hinder vaccine development.

Charitable organizations, often private and corporate philanthropic foundations, donate money to drug development projects. There is a long history of philanthropy for drug development. An early project of the Rockefeller Foundation was to fund development of a yellow fever vaccine. There are many others: the Bill and Melinda Gates Foundation, the Kaiser Family Foundation, in the United Kingdom, there is the Wellcome Trust and in India the Tata Memorial Centre.

There are pharmaceutical industry examples as well. The Novartis Institute for Tropical Diseases in Singapore focuses on dengue fever and tuberculosis. US companies, Pfizer, Merck and Johnson & Johnson as well as GlaxoSmithKline of the United Kingdom and Germany's Bayer have also donated medicines and funds for medicines for developing countries or towards R&D for diseases that affect those countries most.

The United States introduced the Orphan Drug Act in 1983 to promote the development of medicines to treat diseases that affect less than 200 000 people in the country. Under that law, companies are offered various incentives to develop and manufacture drugs that would otherwise not be regarded as profitable.

The United Kingdom offers enhanced tax relief for R&D into vaccines or medicines for diseases that mainly affect developing countries, such as malaria, tuberculosis and HIV/AIDS. Vaccines Research Relief is an initiative of the UK Department (ministry) of Trade and Industry. Another UK proposal is that a government authority could procure R&D efforts through measures such as contract grants, and the innovations would be used by the procurer or be placed in the public domain.