Will increased awareness of the health impacts of climate change help in achieving international collective action?

Three experts discuss the ideas outlined by Antonio Postigo. They debate the importance of health in spurring action on climate change and look at how the international community can best respond.

Climate change is estimated to cause some 150 000 deaths annually, a figure that could double by 2030. The lack of a credible global system to reduce greenhouse gases is one example of the difficulties of finding a path for collective action on issues that affect the whole world. Could a better understanding of the impact climate change has on human health help break the political impasse?

Environmental experts predict increasing temperatures, rising sea levels, that coastal areas will receive more rain and inland areas more droughts, and more frequent extreme weather events. However, estimating the burden of disease due to climate change is difficult. Climate change will have the most severe impact on countries with a low capacity to adapt. But if changes happen rapidly even rich countries will suffer problems such as heat stress, more respiratory illness, and changes in vector- and rodent-borne diseases. Some projections estimate that in 80 years climate change may double the population living in areas at risk for dengue fever and increase by 24% the proportion of people living in malaria risk areas.

Even if an international agreement on emissions was reached, it would not stave off the existing effects of climate change on health. Specific interventions are therefore necessary, but first we need more research and evidence. There is an urgent need to standardize international protocols for surveillance to monitor changes to human-health indicators as the climate alters. And the international community must help developing countries build up the preventive and adaptive capacity through financial and technical assistance.

Health is just one part of the spectrum of impacts of climate change but I think the risk of endangering health increases motivation on decision-makers because there would be many benefits that strengthen the case for acting now.

The problem is that we are at a relatively early stage in the evolution of climate change and many of the effects will not become evident for decades to come. When advising on what preparations are necessary, it is important to remember that it is not just change but variability in climate that will cause the worst problems. Health systems need to consider climate in terms of natural disasters and fluctuations in disease burden. However, the good news is that many of the likely relations between climate and health will respond to measures that should be taken anyway, so they are not completely new policies. But we are not doing them well enough now. Malnutrition is a good example. Most climate-change scenarios suggest that agricultural production might shift and this has health consequences, particularly in sub-Saharan Africa where many people are already malnourished. Good policies will therefore be crucial  but they are strategies that need to be in place already. 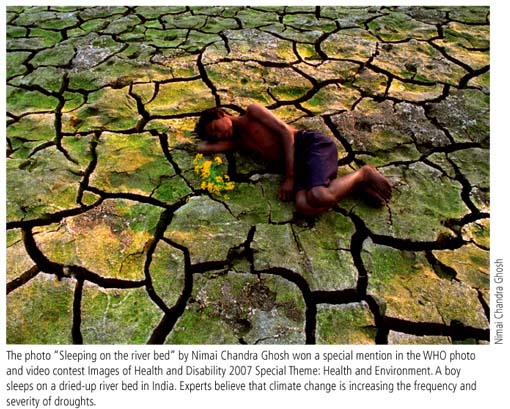 Reinforcing public health systems is key to helping us adapt. And there are lots of other win-win situations to be derived from considering the health impacts of climate change in future policy changes. However, success depends very much on progress in coming decades on controlling the diseases most likely to be climate sensitive.

I think one of the major problems with mainstream thinking about climate change and health is that people focus only on the actions that need to be taken to respond to things like more cases of malaria. But they really should be thinking in terms of how this extra stress fits into the entire environmental health agenda. By considering the issue more broadly we could reduce by 25% the global burden of disease.

For this to work, the health sector needs to sit with other sectors and say health needs to be part of your agenda. They need to be empowered to be part of decision-making. For the World Health Organization (WHO), this means providing health officials with specific evidence about the consequences of climate change and what they can do. We are telling them that they need to have a good epidemiological surveillance system in place. They need to be better prepared to respond to vector-borne disease. They need to take into account likely increases in patient numbers and natural disasters that create injuries. But the more ambitious thing is to provide health sectors with a catalogue of potential interventions to discuss with other sectors that can reduce current risk factors for poor health as well as preparing for the future. For example, interacting with transport officials that make decisions on the use of private cars presents the opportunity of reducing respiratory diseases. Talking to urban planners will make sure any policy changes also affect obesity and inactivity. And bureaucrats involved in the management of chemicals could act to prevent pollution-related ill-health.

Health is always a strong argument for taking action. But when it comes to climate change, the problem is that there is not enough research on health impacts in country-specific contexts. For example, many people in sub-Saharan Africa may be affected by changes in climatic conditions but there is no research coming from those countries on how climate will affect the livelihoods of the population.

In Brazil, the federal government has recently become really concerned about the prospect of a changing climate, and its impact on health, and is now designing a national plan for adaptation, although as yet there is no concrete action. We dont have enough research or even monitoring to support the argument that the health of people here is already being affected. We do have climatic scenarios for South America as a whole, and some of these are very worrisome because the semi-arid regions in the northeast, home to 50 million people, may become desert. However, I believe we need a broad discussion of specific regional vulnerabilities. Countries must identify what are their specific health problems and how they will get worse because of the new stress caused by a changing climate. For us in developing countries, this is the key issue. We are not going to develop global climate models, since we dont have the science or the financial resources. But we need to know how we can assess vulnerable people in our own countries. This will give us a better technical proposal to put to governments and lobby for action. But for most countries it will require external technical and financial input. 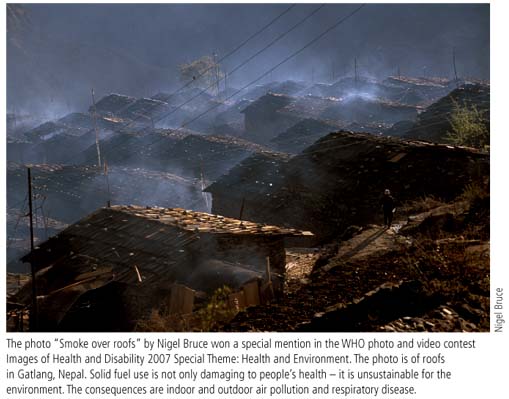 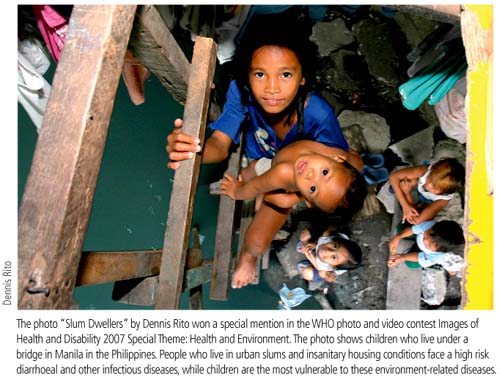