A new laboratory network has formed an important front in the battle to keep emerging and dangerous pathogens, originating in animals, at bay. Jane Parry reports on the laboratories that have sprung up across Asia to meet this challenge.

When four pig farm workers and a butcher in the Philippines tested positive for Ebola Reston virus antibodies in January but did not become ill, it was the latest example of an outbreak of a new and potentially dangerous pathogen passed from animal to human.

It was not the first time humans became infected with Ebola Reston. Nor has the virus been recognized as the cause of human illness to date, although it remains unclear how it would affect people with weak immunity and underlying medical conditions, pregnant women and children. Animal diseases transmitted to humans, known as 'zoonoses' such as Ebola Reston, are the origin of many human diseases and can, therefore, pose a threat to human health since their potential remains unknown.

The case has highlighted the need for countries, such as the Philippines, to be able to identify dangerous pathogens and contain such outbreaks when they occur. Under the revised International Health Regulations, countries are now committed to reporting events that could have health implications beyond their borders. But not all countries have this capacity.

In recognition of that, a WHO initiative has been working over the past year to create an international network of high-security laboratories known as the Emerging and Dangerous Pathogens Laboratory Network for Response and Readiness.

This growing network - currently of 25 high-security diagnostic laboratories in 20 countries - aims to detect and diagnose new and emerging disease threats found in humans and animals, such as viral haemorrhagic fevers, e.g. Ebola, Nipah virus and severe acute respiratory syndrome (SARS). It also provides training for staff and technology transfer to laboratories in countries, so that they can develop their capacity for outbreak detection and response.

"This network will help ensure that internationally available resources can be coordinated to achieve a more rapid response to emerging diseases, as well as to maximize the benefits of intervention, studies, diagnostics and research," says Dr Pierre Formenty of the department of Epidemic and Pandemic Alert and Response at the World Health Organization (WHO) in Geneva.

"The new labs network can help to provide people in the field with better diagnostic tools. Clinicians need the diagnostic tools to know if they are treating Ebola or severe measles, or if cases of acute encephalitis are caused by Nipah, Japanese encephalitis or other pathogens as the various diseases require very different biosafety measures, management and support," Formenty says.

"The new labs network can help to provide people in the field with better diagnostic tools." Dr Pierre Formenty

The WHO initiative builds on a long-standing process, whereby countries call on the laboratory and disease control expertise of another country for help in responding to outbreaks of new diseases - often by tapping into the know-how of 250 institutions in the WHO-coordinated Global Outbreak Alert and Response Network (GOARN).

For example, in 1999, when Malaysia detected 257 cases of febrile encephalitis among workers with exposure to pigs, and 11 cases were identified in Singapore, experts from Australia and the Centers for Disease Control and Prevention (CDC) in the United States of America (USA) teamed up to help find the cause.

"We were the only veterinary laboratory in the world able to work to biosafety level 4 at that time," explains Dr Peter Daniels, assistant director and theme leader, diagnosis, surveillance and response at the Australian Animal Health Laboratory, Geelong, Australia, a member of the new labs network. "We were working with the Malaysians as part of a coordinated effort, helping on the animal health outbreak investigation side and setting up a Nipah testing laboratory in their national Veterinary Research Institute, while CDC worked on the public health side." The Australian lab is also a Collaborating Centre for new and emerging diseases with the World Organisation for Animal Health (OIE) and a WHO Collaborating Centre for SARS.

Similarly in 2003, when a scientist in Singapore became infected with SARS while researching West Nile virus, the authorities asked WHO to help investigate the case. A team of 11 experts from Singapore, WHO's Regional Office for the Western Pacific and CDC concluded that the contamination had been caused by lax biosafety practices, and recommended measures including national legislation for biosafety standards and a tracking system for transportation of infectious agents within Singapore and abroad. 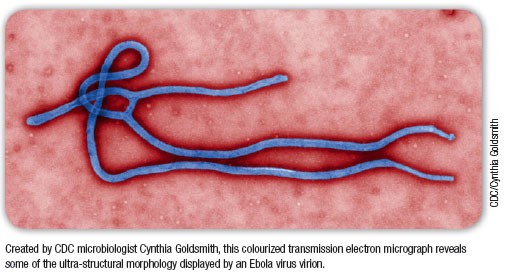 Since then, Singapore has increased its high-security laboratory capacity to 10 biosafety level 3 laboratories and one biosafety level 4 autopsy laboratory, says Dr Ling Ai Ee, senior consultant at the biosafety branch of the Ministry of Health in Singapore. These labs are also members of the new network.

"Of course it's cheaper to send samples out instead of having your own high-containment laboratory, but you never know when you're going to get a sample that requires high containment and you want to protect people," Ling says.

The first human outbreak of H5N1 avian influenza in Hong Kong Special Administrative Region, in which six people died, also prompted a laboratory upgrade. "This experience in 1997, subsequent encounters with H5N1 and finally the emergence of SARS, all had a major impact on the impetus to build Hong Kong's high-security laboratory capacity," says Professor Malik Peiris, of the University of Hong Kong Li Ka Shing Faculty of Medicine's Department of Microbiology.

Since 1997, several biosafety level 3 laboratories have opened at two of the city's universities, while two government departments now have the capacity to do both laboratory and animal experiments. These too are part of the new labs network. "With this extra capacity has come more work; the capacity we have is heavily used," Peiris says.

But building a high-tech laboratory alone cannot boost a country's capacity to deal with the outbreak of an emerging disease, as training and retention of staff are essential, says Formenty. A country needs experts it can send into the field to collect samples at the site of any outbreak promptly and safely - staff who can conduct real-time tests on the ground, such as polymerase chain reactions, or more risky and complex tests at a higher level facility.

"Twenty years ago samples from an Ebola outbreak were all sent to the USA and Europe for testing, but that doesn't help clinicians in the field to triage cases. In the past seven years or so, with CDC and the National Microbiology Laboratory of Canada, WHO and its public health partners have deployed mobile laboratories in the field, an approach that is better for controlling the outbreak and liaising with the community," Formenty says. 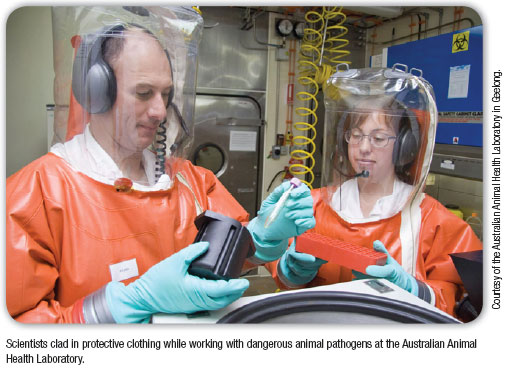 A mobile laboratory can be a self-contained facility within a shipping container or simply two experts carrying the necessary reagents and reference materials in their regular passenger luggage to support a local facility, says Formenty.

Establishing the international laboratory network was an important step, but much work remains to be done in terms of linking testing for animal and human diseases. This has already started. Daniels in Australia and Ling in Singapore both cite examples of collaboration with counterparts on the other side of the animal/human interface. At international level, the Food and Agriculture Organization (FAO), OIE and WHO are also collaborating increasingly on outbreaks of zoonotic diseases, such as Rift valley fever, Nipah, avian flu and Ebola Reston.

WHO is working with its international partners on a coordinated and integrated approach during outbreaks occurring at the human-animal interface that would involve joint deployment of laboratory capacity for animal and human diagnostics in the field. "FAO and OIE are working on a mechanism like GOARN to mobilize international resources rapidly to help countries control animal epidemics," Formenty says, adding: "Meanwhile, the Emerging and Dangerous Pathogens Laboratory Network helps GOARN mobilize the laboratory component of the international outbreak response more efficiently."

And this is precisely the kind of collaboration that was prompted by the recent Ebola Reston outbreak in the Philippines.

Back in October last year, the authorities in the Philippines were not sure what was affecting the pigs on a farm just outside the capital Manila and so they sent samples to the Foreign Animal Disease Diagnostic Laboratory in New York, USA. From there, the samples were sent to the Special Pathogens Branch at CDC, which confirmed that the pigs were infected with Ebola Reston.

At the time, the Philippines' Research Institute for Tropical Medicine actually had some capacity to test Ebola Reston, based on reagents sent by CDC, but analysis of their results for Ebola showed that they were not fully accurate. Following a joint mission with FAO, OIE, WHO and CDC, the Philippines decided to reinforce the diagnostics capacity at the institute and, in February, a CDC team was dispatched to Manila to train lab staff and test samples.