Emerging from the worst economic crisis in decades, more governments than ever are measuring health and happiness as well as gross domestic product. But how will the study of well-being shape new policies? Alice Ghent reports.

"It's time we admitted that there's more to life than money and it's time we focused not just on GDP but on GWB - general well-being," said British Prime Minister David Cameron last November, as he announced plans to measure happiness as an indicator of national progress, instead of relying on gross domestic product (GDP). The first happiness index of the British people is expected to be published in 2012.

Happiness economics is slipping into the mainstream. France is pursuing the same path, as is Canada. But in Bhutan the idea is decades old. Gross national happiness has been part of the lexicon since the 1970s.

"GDP is crumbling as a target - it is already out of date," says Andrew Oswald, professor of economics and behavioural science at the University of Warwick in the United Kingdom of Great Britain and Northern Ireland. Oswald was one of the first economists in the country to research what he labels "emotional prosperity". This was unusual territory for an economist in the 1990s, but his interest was piqued while he was researching unemployment at the London School of Economics.

Oswald is surprised at how relatively quickly happiness economics has caught on, but says the seismic shift in political thinking may have resulted from a coalescence of ideas. One is the environmentalist movement's objection to excessive consumption. Another is recognition of the truth of the Easterlin paradox. In the 1970s, economist Richard Easterlin, published a study. "It showed that despite expectations, there is no sign of rising happiness as you get richer through the decades" says Oswald.

One economic reason why politicians are examining mental well-being is the growing body of research that happiness preserves good health. 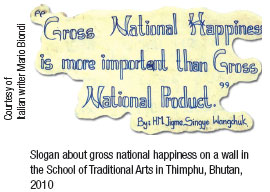 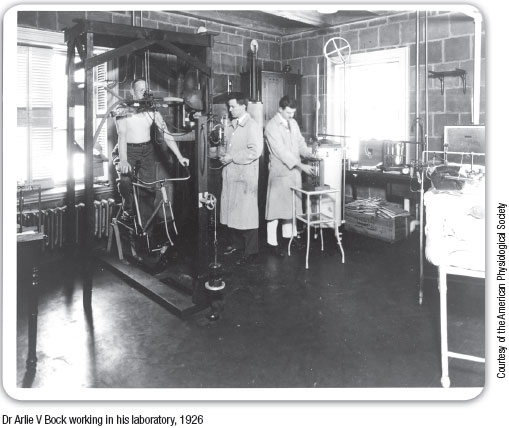 Studying disease as a way to predict risk factors for ill health is one of the pillars of public health research. But in 1938, Dr Arlie Bock, the director of the then Department of Hygiene at Harvard University, wondered whether studying sick people was only half of the story. He decided to turn this research on its head by studying young healthy men. "All admit that the sick need care, but very few apparently have thought it necessary to make a systematic inquiry as to how people keep well and do well," he said in a 1938 press release.

The Study of Adult Development, which Bock set up, is still going and claims to be the world's longest-running longitudinal study of adult life. Researchers have been studying two groups of men in the United States of America (USA) with one primary aim - to discover what it takes to live well. One, known as the Grant study, has been following a cohort of 268 Harvard graduates for seven decades, 125 of these men are still alive and 114 are still actively participating in the study, according to Harvard Medical School's web site. The other concentrated on 456 men who grew up in inner-city Boston. Of this group, 226 are alive and 161 are still active in the study, which requires the men to answer questionnaires every two years and to be interviewed personally every 15 years.

After following the two groups from adolescence to retirement, researchers have identified several factors that predict healthy ageing. Limiting alcohol, getting enough exercise and maintaining a healthy weight are important, but so is a good marriage, education and "mature coping skills" such as stoicism and altruism. However, for George Vaillant, the Harvard study's director, the most powerful influence on a rewarding life is the simplest.

Now writing a history of the Grant study, Vaillant says, "Warm, intimate relationships are the most important prologue to a good life." He also refers to the transformative power of love. Referring to the experiences of two of the Grant study men who found warm relationships later in life, he says, "It is never too late to be reborn through love."

But how do governments objectively measure happiness or love, which are subjective states, and, if they succeed, what should they do with their findings? Vaillant points to the strength of evidence provided by a longitudinal study. "The power of the Grant study was that it had 73 years of real behaviour - not just self-reporting - with which to judge its notions of a rewarding life."

"One illustrative life is worth 1000 statistics," he says. He acknowledges that science favours numbers, and argues that happiness statistics can be more objective than one might think. "Expressing such complex variables as a good marriage or psychological distress in present/absent terms smacks of pseudo science. But if such assessments can be systematically derived, they serve to codify value judgments so that they can be examined statistically and cannot be altered and reinterpreted to suit the investigator's whim."

Among the indicators Vaillant uses to measure warm relationships are: home life; ability to handle problems and relate to people at age 21; coping mechanisms such as humour and empathy and "object relations", which attempts to define the capacity for attachment. "These four measures of warm relationships all strongly correlated with each other," Vaillant says.

"Happiness" is a loaded word in any lexicon, especially in the developed world where advertising often portrays a shopping mall as the path to bliss. Ed Diener, a professor of psychology at the University of Illinois, in the USA, who has studied the effect of happiness (or subjective well-being, as he prefers to term it) for 30 years, conducted a review of the literature on happiness in 2010.

Asked about the reliability of the research, Diener says, "There are many types of data all pointing to the fact that happiness leads to health and a longer life, of course, among many other factors," he says. "I call the evidence clear and convincing but not beyond a reasonable doubt.

"Although the evidence that subjective well-being can lengthen the lives of people in healthy populations is convincing, evidence that it lengthens the lives for those with certain diseases such as cancer is still controversial."

He suggests that, "The happy versus unhappy life might make a difference of five years but this depends on a lot of things, just as smoking does."

Diener acknowledges the view that "subjective" reporting may imply less scientific credibility. But he argues that the evidence is otherwise. "Subjective well-being reports converge with other methods of well-being measurement, such as the reports of partners, daily mood ratings and clinical interviews." 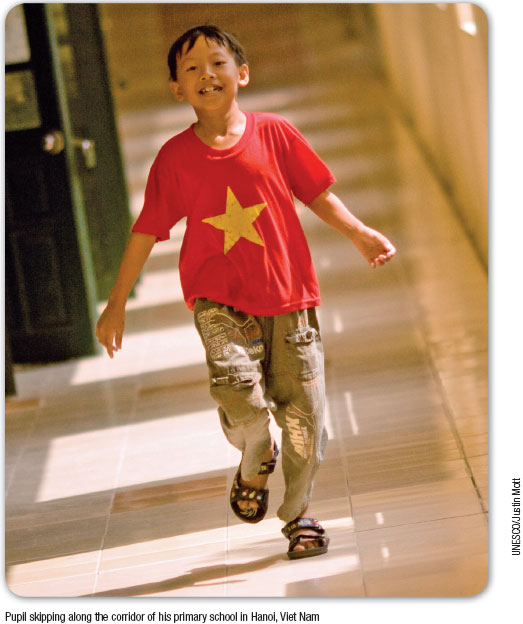 However, he says that it is also "naive" to assume that every individual's responses are totally valid and accurate. "For that reason, well-being should be measured by multiple methods."

Furthermore, there are cultural biases that reveal fundamental differences in our perceptions of happiness. "Societies and individuals differ in the degree to which they believe that subjective well-being is a key attribute to a good life," he says, citing a study in which 10% of a sample of Chinese university students revealed they had never thought about whether they were happy with their lives.

Happiness researcher Oswald applauds the British government for its "brave step" in placing a statistical emphasis on well-being as well as income, but advises against haste.

"We have been pursuing gross domestic product for 100 years. We should be just a little bit cautious about how quickly we set up explicit mental well-being indicators. We are still learning how to measure these things. They are still quite recent research ideas. We could afford to take a decade to think carefully about what the right mental well-being targets are for the next century."

One of the biggest trends shaping thought and policy is the prospect of rapidly ageing populations and the potential health costs.

"Understanding the links between well-being and health is an important aspect of WHO's work," says Somnath Chatterji, a scientist in the Health Statistics and Informatics department of the World Health Organization. "This will help develop policies for promoting health in ageing populations, which are facing increasing chronic illnesses.

"We are currently using the best information available from this nascent science in our survey Study on Global Ageing and Adult Health to measure and track well-being and its determinants over time in an older adult population and examine its impact on health," he says.