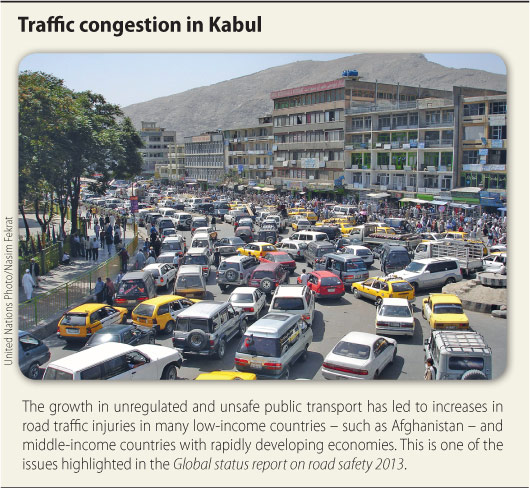 Senior policy-makers gather this month to assess the impact of the economic crisis on health systems across the WHO European region since it started in 2008.

One of the key issues under discussion will be how the crisis is affecting access to health care, particularly in countries that committed themselves to moving closer towards universal health coverage in 2011, in response to The world health report 2010.

The meeting in Oslo, Norway, from 17 to 18 April, will look at how governments have responded to the crisis and the effect of their policy responses on health. Policy-makers from ministries of health and finance, as well as experts from health agencies, health insurance funds and international organizations are expected to participate.

"We will be looking at how Member States have responded to downward budgetary pressure, how the crisis has affected universal health coverage and how health systems can be better prepared to deal with this crisis and future economic shocks," said Senior Health Financing Specialist Matt Jowett at the WHO Regional Office for Europe.

A survey of countries from the region, conducted by the European Observatory on Health Systems and Policies and WHO, and other evidence, including an in-depth examination of selected countries, will be presented at the meeting. WHO has been advising many countries from the region on policies that improve health systems performance, particularly during the current economic crisis.

Middle-income countries have the highest rates of annual road traffic deaths, at 20.1 per 100 000 people, compared to 8.7 and 18.3 in high- and low-income countries respectively, according to the second Global status report on road safety 2013.

"These countries bear a disproportionately high burden of road traffic deaths relative to their level of motorization," said Dr Margie Peden from the department of Violence and Injury Prevention and Disability at WHO.

"The latest status report highlights major areas where more action needs to be taken in countries to reduce this vast and unacceptable toll of preventable deaths," Peden said. "Governments around the world need to pass and enforce comprehensive legislation on all five key risk factors for road safety: speed, drink-driving, motorcycle helmets, seat-belts and child restraints, as this is a proven way to prevent many of the deaths and injuries that occur on the roads every year."

The report, released last month, shows some areas of progress. For example, 35 countries representing almost 10% of the world's population passed laws between 2008 and 2011 to address one or more of the five aforementioned risk factors, while 88 countries - home to almost 1.6 billion people - reduced the number of deaths on their roads between 2007 and 2010.

But, overall, the picture has not changed radically. Only 28 countries, representing 7% of the world's population, have comprehensive laws governing all five risk factors, and this figure remains unchanged since the first Global status report on road safety was released in 2009.

The health risks associated with the Fukushima Daiichi nuclear power plant accident are not expected to increase for the general population in Japan and outside the country, but the risk of certain cancers among those exposed as infants in the most contaminated part of the Fukushima Prefecture is higher than would normally be expected, according to a new report.

The WHO Health risk assessment from the nuclear accident after the 2011 Great East Japan Earthquake and Tsunami was released at the end of February, two years after the disaster occurred.

The assessment, conducted by international experts, called for long-term continued monitoring and health screening of the people most affected.

For people in the second most contaminated part of the Fukushima Prefecture, the estimated risks are approximately one-half of those in the location with the highest doses. Around two-thirds of emergency workers are expected to have cancer risks in line with the general population, while one-third is expected to have an increased risk. 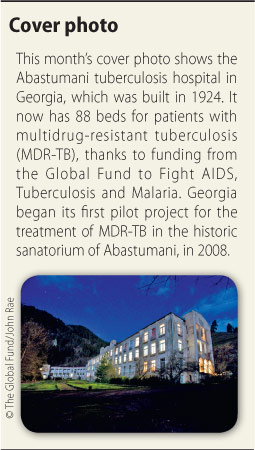 It noted that the radiation doses from the damaged nuclear power plant are not expected to lead to an increase in miscarriages, stillbirths or in physical and mental conditions that can affect babies born after the disaster. The report also urges that the overall response include measures to address the psychosocial effects on the population.

The assessment was the first-ever analysis of the global health risks due to radiation exposure after the Fukushima Daiichi nuclear power plant disaster. Itis the result of a two-year WHO-led process of analysis of estimated doses and their potential health implications developed by scientific experts from the fields of radiation risk-modelling, epidemiology, dosimetry, radiation effects and public health.

From surviving to thriving

Many countries do not have the policies in place that governments can use to improve children's chances in life, according to a new report entitled: Children's chances: new findings on child policy worldwide.

It covers many policy areas, from compulsory education for 15-year-olds and measures to ensure that secondary school teachers are sufficiently trained, to whether children from certain ethnic groups face discrimination in their chances of accessing education.

The report found that 58 of the 189 countries analysed provide benefits to families supporting children with disabilities. In 38 countries, children are charged for their secondary school education, even though this level of education is a minimum requirement for most jobs providing a decent income.

These are just some of the findings based on a review of comparable and publicly available information on the policies that affect children's chances of thriving. The report was compiled by UCLA World Policy Analysis Center.

Funding for water and sanitation in Haiti

The Pan American Health Organization (PAHO) has pledged US$ 500 000 from its technical cooperation resources to finance the installation of water and sanitation connections in primary health-care centres in Haiti, under Haiti's new National Plan for the Elimination of Cholera 2013 - 2022.

Haiti has been battling a cholera epidemic since an earthquake occurred on the island of Hispaniola in January 2010 causing mass devastation.

"This plan, when implemented, can and will finally halt cholera transmission in Haiti and ensure that any future introduction of the disease can be quickly controlled," said PAHO director Dr Carissa Etienne. "But for the plan to be implemented, Haiti's friends in the international community must align their efforts and harmonize around this plan and provide the necessary financial resources."

Since the beginning of the cholera epidemic, PAHO has provided technical cooperation estimated at US$ 1.5 million and has received and spent some US$ 25.3 million from other sources to support cholera-related efforts in Haiti. ■

End May: Meeting of the High-level Panel on the Post-2015 Development Agenda and submission of its report to the United Nations Secretary-General, New York

1 - 5 July: 50th anniversary of the Codex Alimentarius for food safety and nutrition