Changing age structures also interact with other social trends. For example, over the past 50 years the proportion of older people living as part of multigenerational families has fallen. Since women tend to live longer than men, an increasing proportion of older women live alone. In Europe, it has been estimated that around 40% of women over the age of 65 years now live by themselves.77 Central Statistics Office. Ageing in Ireland. Dublin: Government of Ireland; 2007. Although current social norms may lead single women in this age group to repress their sexual drive, broader cultural acceptance of sexual activity in older single women may lead to more overt expression of sexuality in this group in the future.

Regardless of their marital status, women of all ages have a right to sexual health, defined by the World Health Organization (WHO) as a state of physical, mental and social well-being in the sphere of sexuality. Intrinsic to the right to sexual health are a positive and respectful approach to sexuality and sexual relationships, as well as the possibility of having sexual experiences that are pleasurable and safe, free from coercion, discrimination, violence and disease.

Yet evidence concerning differences in sexual behaviour between older and younger women and the impact these differences may have on sexual health remains sparse.44 Lindau ST, Schumm LP, Laumann EO, Levinson W, O’Muircheartaigh CA, Waite LJ. A study of sexuality and health among older adults in the United States. N Engl J Med 2007;357:762–74. doi: http://dx.doi.org/10.1056/NEJMoa067423 PMID:17715410
https://doi.org/10.1056/NEJMoa067423... Furthermore, although some studies have been conducted in low-resource settings,88 Elias C, Sherris J. Reproductive and sexual health of older women in developing countries. BMJ 2003;327:64–5. doi: http://dx.doi.org/10.1136/bmj.327.7406.64 PMID:12855495
https://doi.org/10.1136/bmj.327.7406.64... most research has been undertaken in countries with well-developed health systems. In addition, the few large population-based studies that have been conducted so far have had very low response rates and have yielded inconclusive evidence.

In line with predominant sociocultural attitudes, research to date has focused mainly on sexual vulnerability and sexual dysfunction among older women, rather than on positive aspects of their sexuality and on their healthy sexual experiences. The research has brought to light several serious problems. For example, older women are at increased risk of being victims of sexual violence because of their socioeconomic dependency and, in some settings, because of gender-based inequities.99 World Health Organization [Internet]. Gender based violence. Geneva: WHO; 2013. Available from: http://www.who.int/gender/violence/gbv/en/index.html [accessed 16 May 2013].
http://www.who.int/gender/violence/gbv/e... Sexual harassment and violence often take place within the home and women who become dependent on their families, especially widows, are particularly vulnerable to these forms of abuse.

According to the 2008 global estimates generated by WHO and the Joint United Nations Programme for HIV/AIDS (UNAIDS), women comprise 50 and 60% of the people living with HIV infection in the world and in sub-Saharan Africa, respectively.1111 World Health Organization [Internet]. Gender inequalities and HIV. Geneva: WHO; 2013. Available from: http://www.who.int/gender/hiv_aids/en/ [accessed 16 May 2013].
http://www.who.int/gender/hiv_aids/en/... UNAIDS has estimated that, globally, 2.8 million people aged 50 or older had HIV infection in 2006 and that the prevalence of HIV infection in South Africa was 10.8% among people between the ages of 50 and 54 years, 4.5% among those between the ages of 55 and 59 years and 3.9% among those aged 60 years or older. These patterns are not static. The increasing availability and wider coverage of antiretroviral therapy will inevitably lead to a shift in the burden of HIV infection to older age groups and to a greater risk of infection among older people. Despite this, in many low- and middle-income countries people over a certain age are routinely excluded by HIV screening programmes while safe sex interventions almost exclusively target younger people. As a result, older women, particularly those who are widowed or single, may find it embarrassing or difficult to procure condoms or to seek advice on safe sexual practices.

Data on STIs other than HIV infection are very scant, since most international studies fail to compile statistics on people over the age of 50 years. Even WHO's most recent (2008) data on the incidence and prevalence of four curable STIs – syphilis and infection with Chlamydia trachomatis, Neisseria gonorrhoeae and Trichomonas vaginalis – only cover adults between 15 and 49 years of age.1212 Global incidence and prevalence of selected curable sexually transmitted infections – 2008. Geneva: World Health Organization, Department of Reproductive Health and Research; 2012. Available from: http://www.who.int/reproductivehealth/publications/rtis/stisestimates/en/index.html [accessed 16 May 2013].
http://www.who.int/reproductivehealth/pu... The limited data that are available suggest that the incidence of STIs is on the rise among older people.1313 Unprotected sex has no age. Bull World Health Organ 2009;87:165–6. doi: http://dx.doi.org/10.2471/BLT.09.010309 PMID:19377707
https://doi.org/10.2471/BLT.09.010309...

Older people are not only at greater risk of exposure to STIs; they are also physiologically more vulnerable to these infections. For instance, post-menopausal changes to the lining of the vagina can reduce innate protective mechanisms against infection. Older women who already have a chronic or acute pelvic infection have increased vulnerability to additional infectious diseases. Immune function also declines across the life course and this increases vulnerability to HIV infection. In fact, some clinicians believe that older women with HIV infection require more aggressive treatment for their condition.

A considerable amount of clinical research on sexual dysfunction in older women has been conducted. Some of these studies have dealt with post-menopausal changes. A recent survey of older women undertaken in 29 countries showed that lack of interest in sex, failure to achieve orgasm and poor vaginal lubrication were the most commonly reported causes of sexual dysfunction.22 Nicolosi A, Laumann EO, Glasser DB, Moreira ED Jr, Paik A, Gingell C; Global Study of Sexual Attitudes and Behaviors Investigators’ Group. Sexual behavior and sexual dysfunctions after age 40: the global study of sexual attitudes and behaviors. Urology 2004;64:991–7. doi: http://dx.doi.org/10.1016/j.urology.2004.06.055 PMID:15533492
https://doi.org/10.1016/j.urology.2004.0... However, poor health, rather than chronological age, may underlie some of these problems. Many chronic health conditions, including urinary incontinence, depression, cancer, cardiovascular disease and diabetes, are more common among the elderly. These conditions themselves and their treatments, such as mastectomy and hysterectomy, can affect sexual functioning either physiologically or by undermining a person's bodily image or self-esteem. In resource-poor settings, inadequately treated conditions such as incontinence and vaginal fistula can lead women to become withdrawn and reclusive.

But achieving full sexual health involves more than merely addressing vulnerabilities and risks and treating clinical conditions. The sexual needs and desires of older women need to be acknowledged and respected, regardless of their marital status or sexual orientation. For health systems, the implications of this are far-reaching.

Across the life course, an individual's sexuality is affected by physical and social transitions. In women, the menopause marks a period of important physiologic change. In some settings it also entails a shift in social role and a change in self-image. During this period, women may benefit from access to health education to learn how to adjust to these changes and to find ways to express their sexuality. To facilitate this adjustment health professionals, in turn, will need to develop a better understanding of sexual needs in older age and a greater willingness to discuss sexuality openly with older patients, who may feel uncomfortable bringing up the subject.

As people age, differences in their health status and in their level of social participation and functioning become accentuated. Some older women will have health problems that limit their sexual functioning and others will not; many will have the self-esteem to openly express their sexuality and others will be more reticent. However, as the proportion of older people in the population increases, more and more older women are likely to challenge traditional ageist stereotypes. Still, many other women will face serious health problems or live in cultural settings where sexuality in older age is frowned upon and where traditional gender roles limit their ability to express their sexual needs. Older women need access to health services that take account of all these factors. Yet the problems these women face can be compounded by the failure of health-care workers and policy-makers to accept that older women have sexual needs and by a lack of evidence-based information on how to help women overcome their problems in the area of sexual health.

Towards the end of their lives, many older people lose the ability to live independently. Although there is a trend towards home-based care, some will require institutionalization. Their sexuality will not be left at the door and health-care workers will need to be trained on how to attend to the sexual health needs of those in their care. On the other hand, older people who are institutionalized are vulnerable and need to be protected from abuse. Ethical dilemmas can arise when dementia is also involved. More research and better guidance on how to manage these delicate and complex situations are needed. 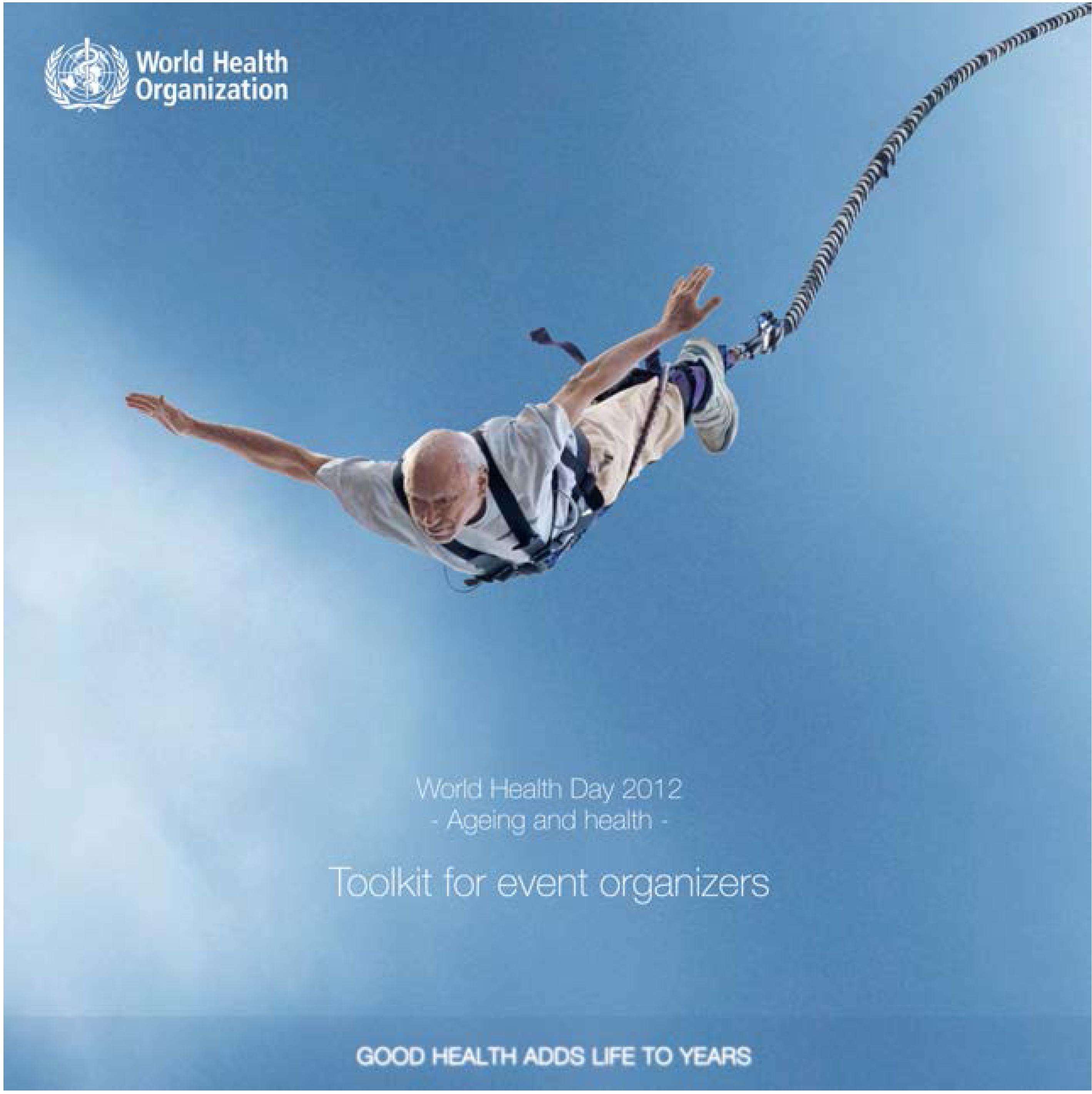