As countries gear up for a major round of international climate talks next year in Paris, the growing problem of air pollution is fast becoming a vital part of the climate change and health debate. Fiona Fleck talks to Marit Viktoria Pettersen.

Q: You were one of Norway’s climate negotiators at the United Nations conference on climate change for 10 years. When did the talks start to include health issues?

A: From the beginning after the UN Framework Convention entered into force, we had to make progress in terms of getting countries to commit themselves to reducing greenhouse gas emissions. Later it became evident that these emissions were increasing rapidly and countries were experiencing severe effects as a result and the talks started to also focus on how countries can adapt to climate change. Health was included as a part of those discussions, but health issues were not an explicit part of the agenda.

Q: How has Norway contributed to bringing health into the climate change debate?

A: Norway has been engaged in climate change issues for a long time and started to focus on health at the United Nations climate change negotiations in 2009, when our delegation met the World Health Organization (WHO) team working on the effects of climate change on health. We knew about the health impact of climate change, but got a better sense of how serious this was for poor and vulnerable populations, and how important it was to involve the health sector in countries’ adaptation and preparedness measures. Since then, Norway has supported WHO’s work to get health issues more visible during the climate talks, and we have collaborated with WHO on projects in developing countries, particularly in Africa, including on health-related climate services, such as early warnings of weather- and climate related diseases, such as malaria and meningitis.

Q: What kind of projects does Norway fund and in which countries?

A: Norway has been working on mitigation – reducing emissions – in many developing countries. We established an international Climate and Forest initiative in 2008 to contribute to reducing deforestation and forest degradation and we have a programme to promote access to renewable energy in low-income countries. We also support climate change adaptation funds and programmes, especially related to food security, disaster risk reduction, climate services and health. Norway has gradually increased the share of official development assistance (ODA) it contributes to climate change mitigation and adaptation in recent years to about 20% of the overall ODA budget. For the Ministry of Foreign Affairs this is an equity issue as it is the poor who are most affected but who have done the least to cause the problem. Women and children are among the hardest hit and thus a top priority for Norway’s development cooperation efforts.

“It is the poor who are most affected but who have done the least to cause the problem.”

Q: Many people still see air pollution and climate change as separate issues. What would you say to them to convince them that these are connected?

A: Recent evidence shows that air pollution damages people’s health and kills over seven million people a year. The sources of these pollutants are often the same as the sources of greenhouse gases: mainly the burning of fossil fuels and biomass. One of the main polluters is black carbon, which is formed by incomplete combustion of solid fuels. Black carbon has both a warming and polluting effect, which means that by reducing black carbon emissions you solve two problems at the same time. We saw the health and climate connection made recently, when President Barack Obama launched a national plan to control emissions from power plants in the United States [of America] a few weeks ago and used the health argument, stating that money and lives would be saved from the action they would take. I hope more countries will use the health argument to get support for action on climate change, since everybody cares about their own and their children’s wellbeing.

Q: Why is black carbon so harmful?

A: It is a main part of the finest particles, known as “PM2.5,” which are inhaled into the lungs and also affect heart functions. Black carbon may also contain other poisonous constituents and that’s why reducing it is so important. The biggest problem is traditional cooking on indoor stoves. This kills 4.3 million people a year, mainly children under five and women, because the fumes, which contain black carbon, can lead to respiratory illness, cancer, stroke and heart disease. Another important source is incomplete combustion in diesel engines.

Q: What has Norway done to reduce greenhouse gases and air pollution?

A: We have had a carbon dioxide tax since 1991 that applies to the oil and gas sector, transport and industry. An emissions trading scheme was launched in recent years, and now covers most of the national greenhouse gas emissions. These financial incentives have limited greenhouse gas emissions from sources such as energy production, industry and transport that are covered by the system. We have invested substantially in renewable energy and public transport in cities and, thanks to financial incentives, there are more energy efficient and electric cars on our roads today. Over the past 20 years, our Environment Agency has been producing cost–benefit analyses of climate change mitigation measures and action to reduce air pollution to inform government policies for reducing emissions. When I started working at the agency, we analysed the cost of measures to reduce emissions while taking into consideration the health benefits. We found that some of the mitigation measures were quite good value for money, because they resulted in health benefits – i.e. they reduced health service costs and avoided premature deaths – and we found that transport and wood-burning heating stoves created the most air pollution. To reduce these harmful emissions, we issued regulations on the stoves and the industry started producing more efficient models.

Q: How did Norway get involved in the Climate and Clean Air Coalition?

A: The coalition was established by six countries and the United Nations Environment Programme (UNEP) in February 2012. Norway was the 7th country to join and we are quickly gaining support; today we are about 40 countries – both developed and developing – and 50 organizations taking part, including WHO. The idea is that countries do not need to wait for the 2015 climate agreement; they can start taking action to tackle global warming now. In the coalition, we concentrate on reducing the so-called short-lived climate pollutants (SLCPs): black carbon, methane, ozone and hydrofluoro carbons – because we can achieve significant results in terms of both limited global warming and improved health in the short term by taking measures to reduce these.

A: Carbon dioxide has a lifetime of about a century, but SLCPs are gases and particles that have a warming effect and stay in the atmosphere from hours up to about 15 years. In 2011, a report by UNEP and the World Meteorological Organization defined 16 groups of measures that countries can take to reduce these emissions. Some of these are good for human health and for limiting climate change. One of our priorities in Norway has been to support the implementation of these measures in developing countries, as these can achieve considerable gains for health, for example, by introducing cleaner cooking stoves and cleaner fuels for cars, alternatives to open burning of waste and cleaner technology for brick kiln production, as well as promoting public transport, cycling and walking.

Q: Norway and other countries are proposing a resolution on air pollution and climate change at next year’s World Health Assembly (WHA), can you tell us about this?

A: This was an initiative of the Climate and Clean Air Coalition. At our ministerial meeting in Oslo last year, Norway proposed to put health on the agenda and the coalition decided to give equal focus to climate change and clean air. As a result, the coalition set up a health taskforce – I am the co-chair with Carlos Dora of WHO – and now our 40 member countries and 50 member organizations are pushing for a resolution at the WHA next year. Norway took the lead on this initially and now Bangladesh, France, Panama, the United States and Zambia are also involved. The subject of the general debate at the WHA this year was climate change and health and, in their national statements, countries talked about how they were affected by this, including the problems they face with air pollution. That, and the WHO Climate and Health Conference, will hopefully pave the way for a resolution in 2015 proposing national commitments to improve air quality worldwide, ideally at levels within WHO-defined norms.

A: Many developed countries have done so, but we still see high levels of pollution in cities, such as in London and Paris this spring, although this may also have been related to meteorological conditions. China has now declared a war on air pollution and is fighting on this front with regulations, but air pollution is still a huge and growing problem in Asia and African cities, since it is linked so closely to rapid urban development.

Q: What should be done about this?

A: Despite the huge global death toll from air pollution, few people are aware of it. That’s why we are launching a global awareness-raising campaign – Clean Air in Every Breath - during the Climate Summit of the United Nations Secretary-General Ban Ki-moon on 24 September targeting health ministers but also the general public, as they have the right to know that there are solutions to the problem. Last month, we launched a project to reduce black carbon and other SLCPs in big cities mainly in Africa. Norway, WHO and the World Bank are the leading this project in collaboration with UNEP and other partners.

“Despite the huge global death toll from air pollution, few people are aware of it.”

Q: Last year some big cities in Asia had pollution levels that were many times higher than what WHO defines as safe. What are these cities doing?

A: Cities in India have some of the worst levels of air pollution, according to a WHO analysis of data coming from the cities themselves. Beijing and other Chinese cities and their authorities are trying to do something about it. I receive a Twitter feed with daily updates on whether air pollution levels are safe in Beijing. It is important to monitor the pollution levels, and provide early warnings so that measures can be taken and lives saved. For instance in Paris (France) this spring, daily traffic bans were imposed alternately, for odd and even number plates, and free use of public transport was provided. Few African cities have such monitoring or warning systems and are currently unable to do this and that is why these systems are urgently needed. 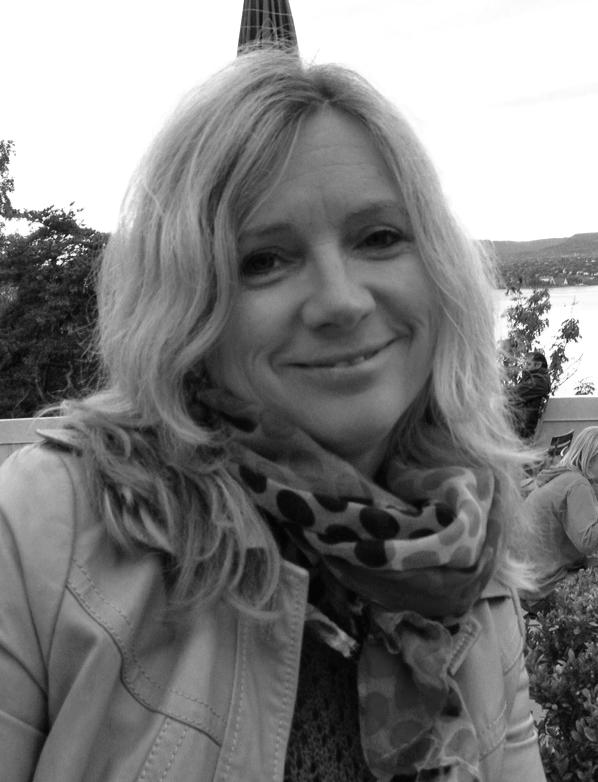 Marit Viktoria Pettersen is a senior advisor to the Norwegian government, and has been working on climate change and environment issues for 20 years, including as a climate negotiator for Norway. She graduated from the University of Oslo in 1994 in atmospheric chemistry. She has been involved in the work of the Intergovernmental Panel on Climate Change and received a Nobel Peace Prize certificate from the IPCC in 2007. She started at the Environment Agency, then the Ministry of Environment in 1996 and since 2009 has been working at the Ministry of Foreign Affairs in Norway. She currently works on climate change, air pollution and global health through a development cooperation perspective. She represents Norway in the Climate and Clean Air Coalition.