The use of the Primary Care Assessment Tool (PCAT): an integrative review and proposed update

This study proposes an integrative review of the literature based on articles and publications on the use of the Primary Care Assessment Tool (PCAT) as a tool for evaluating these services, discussing the results found in Brazil and in other countries of the world, from the initial matrix conceived by Professor Barbara Starfield’s team and proposing updates for the Brazilian version. We identified 124 studies, of which 42 were selected after full reading and according to the established inclusion criteria. Of this subtotal, 17 (40.5%) were Brazilian studies. There is a need to update items of each tool’s attribute, in particular “access – first contact”, including new forms of doctor-patient communication such as: email, mobile application messages, use of videoconference software for communication and even use of telemedicine, among others. PCAT’s use, application and calculation of scores is simple, which makes it useful and suitable for use in the local management of services, especially in its short version.

Since then, several Brazilian authors have started to use PCATool as a resource for the evaluation of Primary Health Care from the perspective of users responsible for children, adolescents and also adult users, in municipalities and cities of different population sizes, combining and complementing, sometimes, with clinical outcomes and use of other questionnaires / protocols in the health area and adapting the local culture to its items. At the global level, researchers from several countries worked on the adaptation and validation of PCATool versions appropriate to their social and health contexts, with increasing use of the tool in several parts of the world.

This study aims to present an integrative review of papers, theses and dissertations available on the internet on the use of PCAT as a tool for evaluating primary health care services through users’ perceptions, discussing the results found in Brazil and in the versions adapted and validated in other countries, from the initial matrix conceived by professor Barbara Starfield’s team, as well as to propose updates for the Brazilian version.

The integrative literature review synthesizes information over a specific period on a specific topic. Its main advantage over the revision of the traditional bibliography is that there is a strict method in the selection of papers, with well-defined inclusion and exclusion criteria, period, pre-established languages, bibliographic databases of public domain used and, sometimes, book repositories or theses and dissertations consulted. Its elaboration presupposes detailing to the reader all these choice criteria.

For the review, we consulted Pubmed databases of the National Library of Medicine of the United States, Lilacs (Latin American and Caribbean Literature in Health Sciences), SciELO (Scientific Electronic Library Online), as well as the institutional repositories of scientific production The Sergio Arouca National School of Public Health / Oswaldo Cruz Foundation (ENSP/Fiocruz), the Federal University of Rio Grande do Sul (UFRGS) and the University of São Paulo (USP), as well as research reports with random samples of users, available on the internet. We selected studies published between January 1, 2000 and June 1, 2016. For the search, keywords used were ‘PCATool’ and associations between “PCAT” and “Primary Care Assessment”.

The collection identified 124 papers on the subject. However, after reading them, 42 were selected according to the inclusion criteria: articles published in the period; languages: English, Portuguese and Spanish; types of study: cross-sectional study with results from samples of children or adults users. In a second reading, we searched for publications that listed more than one Primary Health Care attribute and PCAT scores, both for the essential and the derivative characteristics, totaling the same 42 studies. At the end of literature review, scores whose articles were not shown on a scale of 0 to 10 were transformed into this metric in order to standardize the analysis of the observed results. The included studies were characterized by author (s), country / region / city, target audience, data collection period and PCAT calculated scores.

Chart 1 shows the distribution of the 42 national and international studies, all with a cross-sectional design and with the respective attribute scores, retrieved in databases or repositories. Of this total, 17 (40.5%) are from Brazil, four each from Canada and China, three from Argentina, two each from the United States and Hong Kong and one each from South Africa, Colombia, South Korea, Spain, Japan, Paraguay, New Zealand, Thailand, Tibet and Uruguay (Figure 1).

The geographic distribution of the works shows concentration of studies in the American and Asian continents. The target audience consisted mostly of adults and/or children living in urban areas of cities of countries studied. Only one was conducted in rural cities. Of the 42 surveys, 35 (83.3%) had a cross-sectional study design. Two were before-and-after type and six more were tool validation in the country or region. Among the works geared to the evaluation of services from population samples, the study developed in the city of Rio de Janeiro using PCAT user version1717. Harzheim E, Hauser L, Pinto LF. Avaliação do grau de orientação para Atenção Primária em Saúde: a experiência dos usuários das Clínicas da Família e Centros Municipais de Saúde na cidade do Rio de Janeiro. Porto Alegre: UFRGS; 2015. (Relatório Final da Pesquisa PCATool -Rio-2014). was the one with the largest sample recorded in a single city in the world, both for children (n = 3,145) and for adults (n = 3,530).

Despite being culturally and organizationally different models, these locations, together with the municipality of Rio de Janeiro, Brazil, evidenced scores that demonstrate that their own health services are PHC-oriented. However, scores enable us to affirm that services listed above are organized from a structured health care network with established flows. The portfolio of services meets the needs of the population and care continuity and facilitated access is in place. As shown in Chart 1, study by Harzheim et al.1717. Harzheim E, Hauser L, Pinto LF. Avaliação do grau de orientação para Atenção Primária em Saúde: a experiência dos usuários das Clínicas da Família e Centros Municipais de Saúde na cidade do Rio de Janeiro. Porto Alegre: UFRGS; 2015. (Relatório Final da Pesquisa PCATool -Rio-2014). obtained a sample for the city of Rio de Janeiro, of 3,145 children and 3,530 adults, totaling 6,675 individuals interviewed in field work in the first half of 2014, with a sub-municipal representative for the so-called “health planning area”, and also for the two types of facilities that provided primary health care at the time. This was the largest sample ever performed in a single city that we located in our research until 2015.

Nevertheless, the large sample, for example, enabled authors of this study to stratify the results of attribute scores in subsamples, according to some complementary variables searched in the tool, such as: “administrative areas of the city”, “social class” , “team implantation time”, “elderly users - people over 60 years”. Authors found higher scores in health facilities with a longer time of implantation of their family health teams (primary care teams in Brazil) and did not find differences between social classes and the subgroup of adult users older than 60 years.

Issues to be incorporated into an upcoming version of the tool

After reviewing the literature and fifteen years after its initial proposal, the application and analysis of the observed results suggest the need to update items of each attribute of the tool. This applies in particular to the attribute “First contact access”, which could be tested to evaluate the possibility of including / adapting new items, such as the inclusion of new forms of doctor-patient communication, such as e-mail messages, mobile device applications messages, use of video broadcasting software for communication and even use of telemedicine, among others. In addition, the use of electronic information systems replacing paper medical records has brought to care not only a technological substitute, but also several possibilities for improving the coordination of care that must be incorporated into new versions of the tools. Likewise, change in the epidemiological context raises the need to include new items in the realm of comprehensiveness.

PCAT enables the evaluation of health services from the user’s perspective, observing the extent of PHC attributes in the evaluated services. This tool has been used around the world from different versions validated for local contexts that allow the comparability of findings. In addition, it is simple to use / apply and calculate scores, even when there is a need to impute data1616. Hauser L. Aprimoramento do Instrumento de Avaliação da Atenção Primária à Saúde (PCATool-Brasil) [tese]. Porto Alegre: Universidade Federal do Rio Grande do Sul; 2016., which makes it useful and suitable for use in the local management of services. Short PCAT versions have been shown to be competent to evaluate particular aspects of PHC attributes and are yet another important tool for local management. 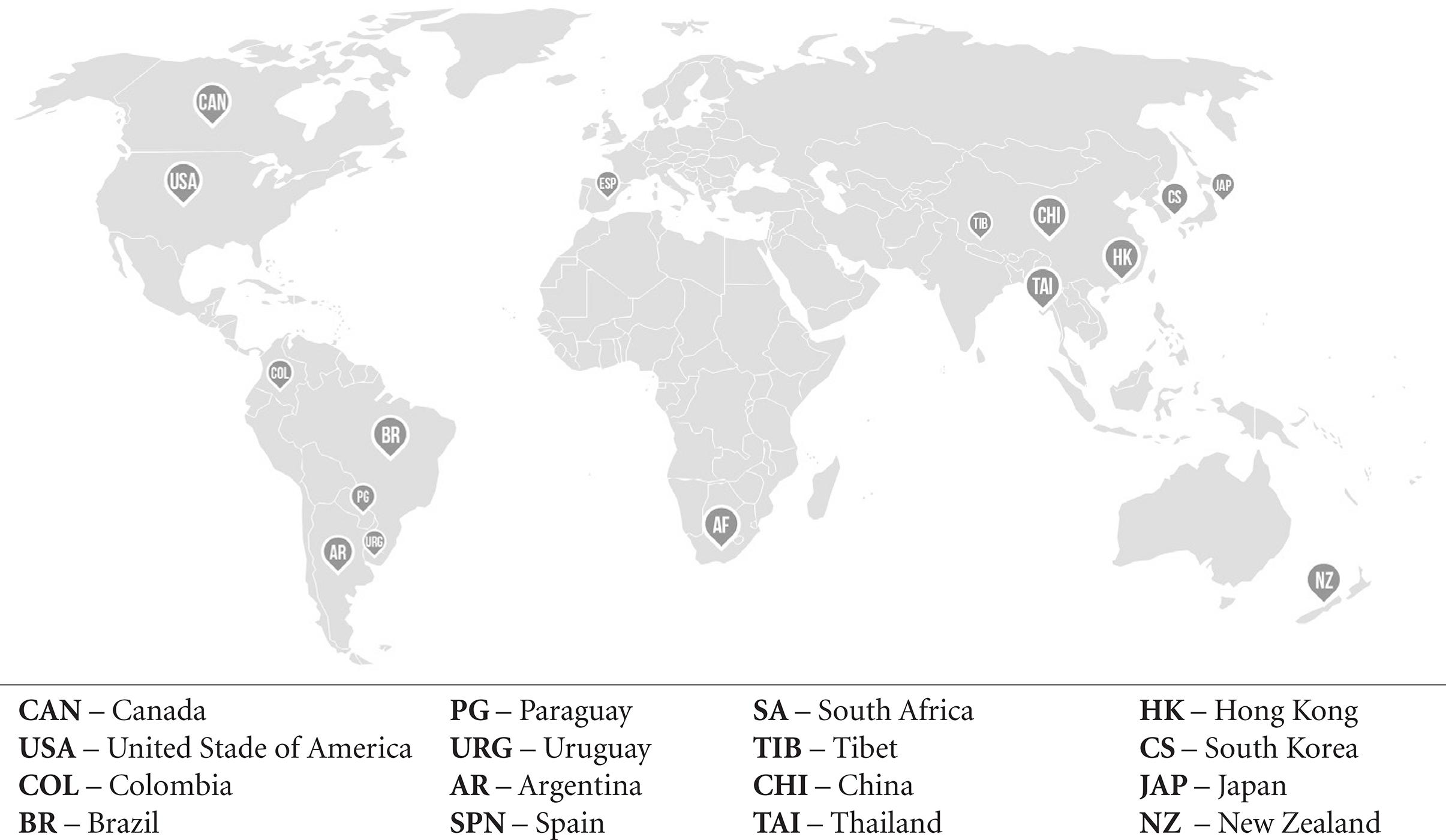 Source: Elaboration by authors from the integrative literature review.