This article aimed to assess the prevalence of dyslipidemia and associated factors in children aged from 4 to 7 years old. It is a cross-sectional study conducted with 402 children aged from 4 to 7 years old, accompanied by a Lactation Support Program in the first six months of life. We measured total cholesterol, triglycerides and high-density lipoprotein (HDL) and low-density lipoprotein (LDL). We selected the variables that could be associated with the lipid profile, such as the family history of dyslipidemia, nutritional status and food consumption of children. We performed Poisson regression analysis with robust variance. The level of significance adopted was p<0.05. We observed increased LDL values in 46.8% (188), total cholesterol in 37.6% (151), triglycerides in 10.4% (42) and below-desirable HDL in 33.8% (136) of the children. There was a statistically significant association between the family history of dyslipidemia with total cholesterol, LDL and triglycerides (p<0.05 and p < 0.001, respectively); Early weaning with LDL (p < 0.05); Sedentarism with LDL and triglycerides (p < 0.05 and p < 0.001, respectively); as well as HDL with candy consumption (p < 0.05). There was a significant prevalence of changes in the lipid profile of the children. Nutrition education activities and programs aimed at this group are needed.

It is a cross-sectional study that assessed the lipid profile and related factors in children aged between 4 and 7 years, accompanied by the Lactation Support Program (PROLAC) in the first six months of life.

PROLAC is an Extension Program of the Federal University of Viçosa (UFV) in partnership with the São Sebastião Hospital and the Human Milk Bank in the city of Viçosa, whose main activities are the conduction of guidelines and follow-up of mothers in the postpartum period aiming to encourage and promote breastfeeding, besides providing monthly monitoring of the mother-child binomial during the first year of the baby's life.

We obtained information about the location of the children monitored between August 2003 (beginning of the Program) and August 2010 in PROLAC records, which was considered the limit for them to be aged between 4 and 7 years old at the time of the study.

As a criterion of non-inclusion in the study, we considered the use of medications or health changes presented by the child that interfered in his feeding and biochemical tests. After at least 3 attempts of household contact with those responsible for the children, the final sample consisted of 402 children.

Based on the means and standard deviations of LDL cholesterol in the group of children with and without history of familial dyslipidemia (106.42 ± 25.27mg/dL, 97.49 ± 23.31mg/dL, respectively), the sample presented power equal to 87.41% for a significance level of 5%. We used OpenEpi online software for analysis.

We performed the biochemical analyzes of the lipid profile in the morning, at Laboratory of Clinical Analysis of the Health Division - UFV, after a 12-hour fasting by venipuncture with disposable syringes. We obtained dosages of total cholesterol, HDL, LDL and triglycerides. We measured total cholesterol, HDL and triglycerides by the enzymatic colorimetric method, with automation by the Cobas Mira Plus equipment (Roche Corp.). We calculated LDL concentrations using the Friedwald formula.99. Ramos AT, Carvalho DF, Gonzaga NC, Cardoso AS, Noronha JAF, Cardoso MAA. Lipid profile in overweight children and adolescentes. Journal of Human Growth and Development 2011; 21(3):780-778. The lipid profile was classified according to the I Guidelines for the Prevention of Atherosclerosis in Childhood and Adolescence, published by the Brazilian Society of Cardiology1111. Sociedade Brasileira de Cardiologia (SBC). I Diretriz de Prevenção da Aterosclerose na Infância e na Adolescência. Arq Bras Cardiol 2005; 85(Supl. 6):1-36..

We measured the weight and height of the children during assessment at Health Division - UFV, respectively, in a digital electronic scale with a maximum capacity of 150 kg and sensitivity of 50g, and in a vertical stadiometer fixed to the wall with a length of 2 meters divided in centimeters and subdivided in millimeters, being the techniques according to those recommended by Jelliffe1212. Jelliffe DB. Evaluación del estado de nutrición de la comunidad. Ginebra: Organización Mundial de La Salud; 1968.. We assessed the nutritional status by height/age (H/A) and body mass index/age (BMI/A), according to sex and age. according to anthropometric references of the World Health Organization (WHO)1313. World Health Organization (WHO). Training course on child growth assessment. Geneva: WHO; 2008.,1414. World Health Organization (WHO) [página na Internet]. Growth Reference 5–19 Years [acessado 2015 Ago 12]. Disponível em: http://www.who.int/growthref/en/.
http://www.who.int/growthref/en/... . We measured the waist circumference using a flexible, inelastic tape measure, with 2 meters in length, divided in centimeters at the umbilical scar level. From this measure and height, we obtained the waist-to-height ratio (WHtR) of the children, determined by the quotient of the waist measurement (cm), by the measure of height (cm)1515. Asayama K, Oguni T, Hayashi K, Dobashi K, Fukunaga Y, Kodera K, Tamai H, Nakazawa S. Critical value for the index of body fat distribution based on waist and hip circumferences and stature in obese girls. J Obes Relat Metab Disor 2000; 24(8):1026-1031..

We applied a food frequency questionnaire (FFQ) constructed by the researchers of this study, containing information regarding the frequency of consumption of some food such as candy, stuffed biscuit, chocolate powder, soft drinks, fruit and vegetables.

We obtained variables such as breastfeeding time (exclusive for four months) and birth weight from the PROLAC care records. Other variables such as: sex and age of the child, maternal education, family income, maternal work, marital status, family history of dyslipidemia, time in front of television (TV), time in sedentary activities and physical activity were obtained through the application of semi-structured questionnaires to those responsible for the children.

We conducted the data's statistical analyzes in the Social Package Statistical Science (SPSS) for Windows version 17.0 and STATA version 13.0 programs. We performed the characterization of the sample through the frequency distribution and the normality of the variables assessed by the Kolmogorov-Smirnov test. In the bivariate analysis, we estimated the prevalence ratio and confidence interval by the Poisson regression, with the variables that presented a value of p < 0.20 considered for inclusion in the multiple model with robust variance. The statistical significance considered was α ≤ 0.05.

The study was approved by the Human Research Ethics Committee of the Federal University of Viçosa. The children were only included in the study by signing the Informed Consent Term (ICT), by the parents or guardians. All volunteers were invited for individualized nutritional care with guidelines and delivery of the results found in the assessments performed. The children who presented changes in the lipid profile had nutritional follow-up and were conducted for consultation with a pediatrician, when the mother and/or guardian were interested.

There was no statistically significant association between the consumption variables and children's lipid profile (Table 3).

Thumbnail
Table 3
Prevalence of changes in the lipid profile and crude prevalence ratios, according to the food consumption variables of children from 4 to 7 years old.

Table 4 presents the final regression analysis model. Total cholesterol, LDL and triglycerides, after adjustment for other variables, maintained a statistically significant association with the presence of familial dyslipidemia (p < 0.05). LDL cholesterol also maintained the association with breastfeeding time (p < 0.01). In the regression analysis there was a statistically significant association between HDL and candy consumption (p < 0.05). Children who consumed candy more than seven times a week had 1.54 times higher prevalence of HDL change compared to children who consumed less frequently.

Thumbnail
Table 4
Final model of the Poisson Regression analysis for the variables associated with children’s lipid profile from 4 to 7 years old.

The present study demonstrated a high prevalence of changes in children's lipid profile, with a main highlight for LDL cholesterol (46.8%). Changing the values of this lipoprotein can induce atherogenic processes even at an early age, and HDL when at low levels increases the risk for cardiovascular diseases (CVD), since it prevents the oxidation and aggregation of LDL in the arteries33. Santos MG, Pegoraro M, Sandrini F, Macuco EC. Risk factors for the development of atherosclerosis in childhood and adolescence. Arq Bras Cardiol 2008; 90(4):301-308..

Different results were found in a study conducted in Campinas-SP with children and adolescents aged from 2 to 19 years olf, with total cholesterol changed in 44%, LDL in 36%, HDL in 44% and triglycerides in 56% in the age group from 2 to 9 years old1818. Faria EC, Dalpino FB, Takata R. Serum Lipids and lipoproteins in children and adolescents from a public university hospital outpatient clinic. Rev Paul Pediatr 2008; 26(1):54-58.. Franca & Alves88. Franca E, Alves JGB. Dislipidemia entre Crianças e Adolescentes de Pernambuco. Arq Bras Cardiol 2006; 87(6):722-727. in a study with children and adolescents of Pernambuco found changes in total cholesterol in 29.7%, LDL in 25.4% and triglycerides in 18.9%, in children younger than 10 years old, being total cholesterol the result that is closest to this study.

The history of familial dyslipidemia was the main factor associated with dyslipidemia in children. There are few studies in the literature that relate the children's lipid profile with a family history of dyslipidemia. Santos et al.33. Santos MG, Pegoraro M, Sandrini F, Macuco EC. Risk factors for the development of atherosclerosis in childhood and adolescence. Arq Bras Cardiol 2008; 90(4):301-308. emphasized that the family history of dyslipidemia increases the probability of developing atherosclerosis and other CVD, which may still originate during childhood, demonstrating the importance of early intervention, since the combination of genetic and environmental factors can enhance this process. In a study conducted with adolescents, children of CAD patients, there were higher concentrations of total cholesterol, LDL, and lower HDL concentrations compared to those with no family history1919. Mendes GA, Martinez TL, Izar MC, Amancio OM, Novo NF, Matheus SC, Bertolami MC, Fonseca FAH. Perfil Lipídico e Efeitos da Orientação Nutricional em Adolescentes com História Familiar de Doença Arterial Coronariana Prematura. Arq Bras Cardiol 2006; 86(5):361-365..

Despite the significant association found between candy consumption and HDL, many foods had no significant association with lipid profile. A limiting factor is that children's feeding was assessed through food records and FFQ, which, even though the filling forms were clarified, they may have led to an underestimation and/or overestimation of the quantities, types of foods that were consumed and offered to the children, as well as memory bias by mothers and/or guardians.

Another limitation of this study was that not all mothers and/or guardians were able to respond to variables such as maternal education, family income, family history of dyslipidemia, maternal work, breastfeeding, birth weight and child's daily time in front of the TV, thus there were losses in the sample regarding their information.

Therefore, we concluded that the children presented a high prevalence of changes in the lipid profile, which is directly related to factors such as early weaning, family history of dyslipidemia, sedentary lifestyle and inadequate food consumption.

Therefore, nutritional education activities and programs aimed at this group, which contemplate the practice of physical activity, exclusive breastfeeding and healthy feeding, are necessary in order to prevent such changes, since they may remain during adolescence and adulthood.

The project was funded by the State of Minas Gerais Research Support Foundation (FAPEMIG).

Figure 1   Classification of children's lipid profile from 4 to 7 years old. 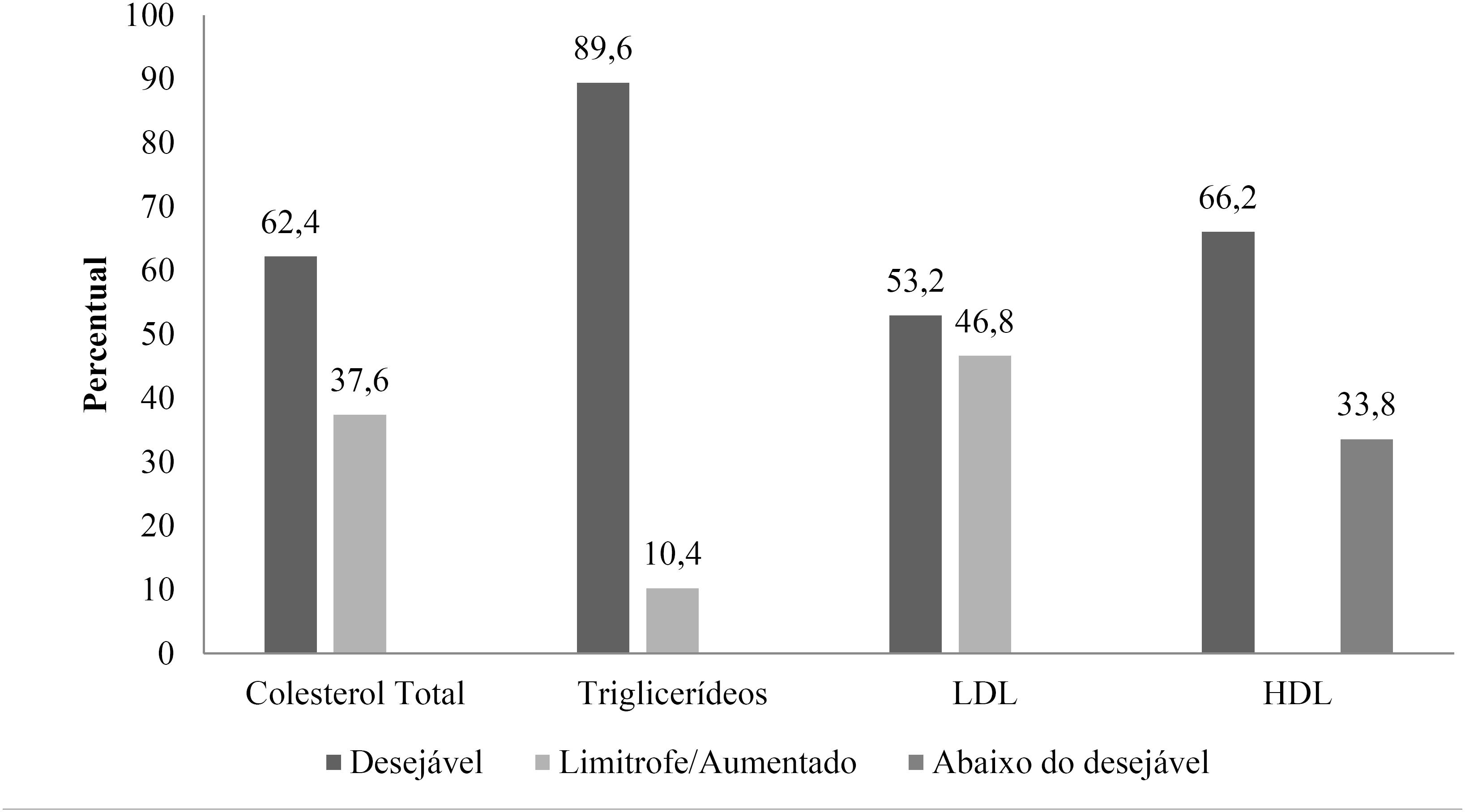 Table 2   Prevalence of changes in lipid profile and crude prevalence ratios, according to socio-demographic, birth, lifestyle, family history and nutritional status variables of children from 4 to 7 years old.

Table 3   Prevalence of changes in the lipid profile and crude prevalence ratios, according to the food consumption variables of children from 4 to 7 years old.

Table 4   Final model of the Poisson Regression analysis for the variables associated with children’s lipid profile from 4 to 7 years old.