Access and use of speech-language therapy services in Porto Alegre, Brazil: a population-based study

Studies that analyze access to and the use of health services portray vulnerabilities and social inequalities, resulting from the social conditions of individuals and their places of residence44 Travassos C, Martins M. A review of concepts in health services access and utilization. Cad Saude Publica 2004; 20(2):S190-S198.

The shortage of speech-language therapists that are accessible to any population is a challenge to be overcome worldwide1717 González-Fernández M, Huckabee ML, Doeltgen SH, Inamoto Y, Kagaya H, Saitoh E. Dysphagia Rehabilitation: Similarities and Differences in Three Areas of the World. Curr Phys Med Rehabil Reports 2014; 1(4):296-306.. Strategies have been developed to favor universal and integral speech therapy care for the population1818 Wall LR, Ward EC, Cartmill B, Hill AJ, Porceddu SV. Examining user perceptions of SwallowIT?: A pilot study of a new telepractice application for delivering intensive swallowing therapy to head and neck cancer patients. J Telemed Telecare 2015; 23(1):53-59.. Thus, it is important that efforts are directed to investigate the variables associated with access to and the need for speech therapy care, aiming to identify the individuals most susceptible to non-access to speech therapy.

This population-based study is unheard of in its proposition. Its objective is to estimate the prevalence of access, the use of speech-language therapy services and to identify the variables associated with access.

This is a population-based, cross-sectional study, nested in a larger project conducted in partnership with the city of Porto Alegre, which aims to analyze access to primary health care services1919 Bulgarelli PT. Acesso a atenção primária em Porto Alegre: perspectiva do usuário [dissertação]. Porto Alegre: Universidade Federal do Rio Grande do Sul; 2017.. The sample consisted of adult individuals, with a minimum age of 18 years old, living at least 12 months in the areas covered by the public primary health care network in the city of Porto Alegre/RS between 2016 and 2017.

The sample of the present study was estimated considering the prevalence of 42.4% of the attribute access, as measured between users of primary health care services and residents of the area covered by the District Management/GD Partenon-Lomba do Pinheiro in 2012, measured with the Primary Care Assessment Tool (PCATool)2020 Martins AB, D'Avila OP, Hilgert JB, Hugo FN. Atenção Primária a Saúde voltada as necessidades dos idosos?: da teoria à prática. Cien Saude Colet 2014; 19(8):3403-3416.. An error of 9% was used and therefore a range of 0.33-0.51 was estimated. Of the eight district managements in the municipality, three managements were selected for the study. The selection of district managements took place in a simple random manner (draw). The district managements drawn were the Central Management with a population of 277,321 inhabitants, the Partenon-Lomba do Pinheiro Management with a population of 172,928 inhabitants and the Restinga-Southern Management with a population of 93,509 inhabitants. In each management, 20% was added for eventual refusals and a deff of 1.5 in order to safeguard accuracy, considering the structure of the sampling plan. Following the proportionality of distribution by district management, the final sample size of the three district managers chosen was 214 respondents (Figure 1).

Thumbnail
Figure 1
Flowchart of composition of the studied sample.

During the collection, within each management, households were randomly selected, and one user was interviewed from each household. In the case of more than one adult in the residence, a draw was held. The sample included individuals residing in the territory drawn for at least 12 months. Household sampling was carried out systematically to ensure that all households covered by health services had the same chance of entering the study. The selection of households was as follows: 1) The field coordinator had a map of the census tract to be visited and the order of the numbered blocks; 2) In each block on the map, one of the corners was highlighted, according to the previous draw; 3) After being in the corner, in front of the houses, the coordinator, walking down the left-hand street, located the first house whose entrance door was facing the street; 4) As of the identification of this house, the first house to be visited was selected with the use of a coin, being the obverse side equivalent to domicile number 1 and the reverse side to domicile number 2; 5) After approaching the first picked house, it was the next existing house was skipped, and this was continued until completing the sampling target or reaching the initial corner.

Data were collected on a tablet from a questionnaire constructed with specific blocks from the National Household Sample Survey/PNAD (Identification Data, Education Characteristics and Household Income), National Health Survey/PNS (Household Information, Health Plan Coverage, Health Team Home Visits, Lifestyle, Health Services Utilization and Oral Health) and PCATool (Degree of Affiliation, First Contact Access - Use and First Contact Access - Accessibility). A speech-language therapy module was included with questions about audiological assessment, need for speech-language therapy, reason for care, access to consultation, place of care, need for treatment and access to treatment. This questionnaire was previously tested in a pilot study conducted between August and September 2016 on 11 subjects. After the pilot study there were adjustments in the questionnaire in order to optimize the duration and understanding of the interviewees.

All interviewers were properly trained. The outcome was created from the variable that identified access to speech-language therapy, categorized as yes and no, originated from the following questions to respondents: “Have you ever consulted with a speech-language therapist (brief explanation of the profession by the interviewer)?” (yes; no) and “Did you get access to this query?” (yes; no). It was considered as positive access to the speech-language therapist when the interviewee answered yes to both questions. The exploratory variables used were: gender (male; female), age (in years: 18-39; 40-59; 60 or more), color/race (white; other), marital status (in relationship; single), education (up to elementary school; up to high school; higher education or more), self-report of the diagnosis of chronic, mental or physical disease (no; yes), have some kind of disability (physical, sensory or mental: no; yes), use the municipal health unit (yes; no) and health insurance coverage (no; yes).

Data were analyzed using SPSS v.21 software (Chicago: SPSS Inc). Chi-square test was used to evaluate differences in the variables studied, and when it violated their assumptions, Fisher’s Exact Test was used, both with a 5% significance level. Poisson regression with robust variance was used to calculate crude and adjusted Prevalence Ratios (PR) and their respective 95% confidence intervals. For the multivariable analysis, the category was considered to have positive access to the speech therapist as a reference for data adjustment and interpretation. For the adjusted model, only the theoretically relevant variables with p value < 0.3 were included. Model fit was assessed with the Deviance test.

A total of 655 people was approached and 214 agreed to participate. Refusals were related to insecurity (receiving interviewers at home), and lack of time to participate in the survey. Of the respondents, 67.3% (n = 144) were female. The average age was 54.28 (SD±18.83) years and most preferred not to report monthly income. 54.2% (n = 116) reported having audiological evaluation already and 26.2% (n = 56) reported the need for speech-language therapy consultation at some point.

Thumbnail
Table 1
Description of the sample studied through a household survey in an adult population in the city of Porto Alegre, 2017.

This study showed that 26.2% of the sample pointed to the need for speech-language therapy consultation at some point, primarily due to hearing complaints, followed by speech complaints. Of these individuals, 69.4% were able to attend privately and 19.6% through health insurance.

Socioeconomic inequalities in access and use of health services are related to individual characteristics, which affect the need and the search for care by the individual. In addition, contextual variables are associated, mainly related to the characteristics and the type of organization of the health system, which often ends up reproducing social inequalities in the access to health services2121 Almeida APSC, Nunes BP, Duro SMS, Facchini LA. Determinantes socioeconômicos do acesso a serviços de saúde em idosos: revisão sistemática. Rev Saude Publica 2017; 51:50.. Better socioeconomic status is associated with easier health care than a worse condition. Social inequality in access to health tends to be higher in countries with private health care than in countries with universal health care2222 van Doorslaer E, Masseria C, Koolman X, OECD Health Equity Research Group. Inequalities in access to medical care by income in developed countries. CMAJ 2006; 174(2):177-183.. Brazil has a health system organized in the form of a complex network of complementary and competitive services, forming a mixed public-private system2323 Paim J, Travassos C, Almeida C, Bahia L, Macinko J. The Brazilian health system: history, advances, and challenges. Lancet 2011; 377(9779):1778-1797. and this study shows that access to a speech-language therapist takes place mostly privately or through health insurance.

Data from the World Health Organization (WHO) indicate that 1.1 billion people worldwide can develop hearing loss2828 World Health Organization (WHO). World Report on Disability [documento na Internet]. Genebra: WHO; 2011. [acessado 2017 Mar 10]. Disponível em: http://www.who.int/disabilities/world_report/2011/report.pdf
http://www.who.int/disabilities/world_re... . In addition, WHO emphasizes that decisive actions to prevent and optimize rehabilitation services for the hearing-impaired should be prioritized in all settings of attention levels2929 Pienaar E, Stearn N. Self-reported outcomes of aural rehabilitation for adult hearing aid users in a South African context. S Afr J Commun Disord 2010; 57(1):4-13.. It is corroborated by the increase of the aging, hearing-impaired population3030 Banco Mundial. Envelhecendo em um Brasil mais velho: implicações do envelhecimento populacional para o crescimento econômico, a redução da pobreza, as finanças públicas e a prestação de serviços. Washington: The World Bank; 2011., which is associated with the decline of hearing function3131 Espmark AK, Rosenhall U, Erlandssom S, Steen B. The two faces of presbyacusis: hearing impairment and psychosocial consequences. Int J Audiol 2002; 41(2):125-135.. Thus, the findings of this study show that, currently, there is a greater demand for speech-language therapy services in the audiological area.

Deficiency is conceptualized as loss or abnormality of anatomical structure, temporary or permanent physiological or psychological function. The consequences include communication, directly or indirectly, are language (speech/writing) and hearing (listening) changes, as well as musculoskeletal and organic (physical) changes, which, depending on the affected area, may interfere with orofacial motricity and/or swallowing, as well as intellectual disability3232 Chamie M. The status and use of the International Classification of Impairments, disabilities and Handicaps (ICIDH). World Health Stat Q 1990; 43:273-280.. Thus, speech-language therapy care is essential to this population, as evidenced in this study, with a higher prevalence of access to speech-language therapy by the disabled.

Regular use of health services is often higher among women than men in all age groups3838 Green CA, Pope CR. Gender, psychosocial factors and the use of medical services: a longitudinal analysis. Soc Sci Med 1999; 48(10):1363-1372.. Generally speaking, health problems affect both men and women alike; however, there is a greater tendency for women to seek services3939 Pinheiro RS, Viacava F, Travassos C, Brito AS. Gênero, morbidade, acesso e utilização de serviços de saúde no Brasil. Cien Saude Colet 2002; 7(4):687-707., which may justify the higher prevalence of access to speech-language therapists found in this study.

This study has some limitations, including the large number of refusals that occurred despite: face-to-face interviews, well trained interviewers, flexibility of times with the possibility of scheduling according to the preference of the resident, clear identification of the interviewer, exposure and explanation of the term of consent within the home, which was given primarily due to insecurity and repression of citizens in the face of urban violence. However, this is the only population-based study found in the literature that highlights the need and access to speech therapy care.

We would like to acknowledge Dr. Michelle Brown, for the final English revision of this article. National Council for Scientific and Technological Development (CNPq) for the doctoral scholarship (RS Rech), as well as the CNPq productivity scholarship of JB Hilgert and BNG Goulart.

Figure 1   Flowchart of composition of the studied sample. 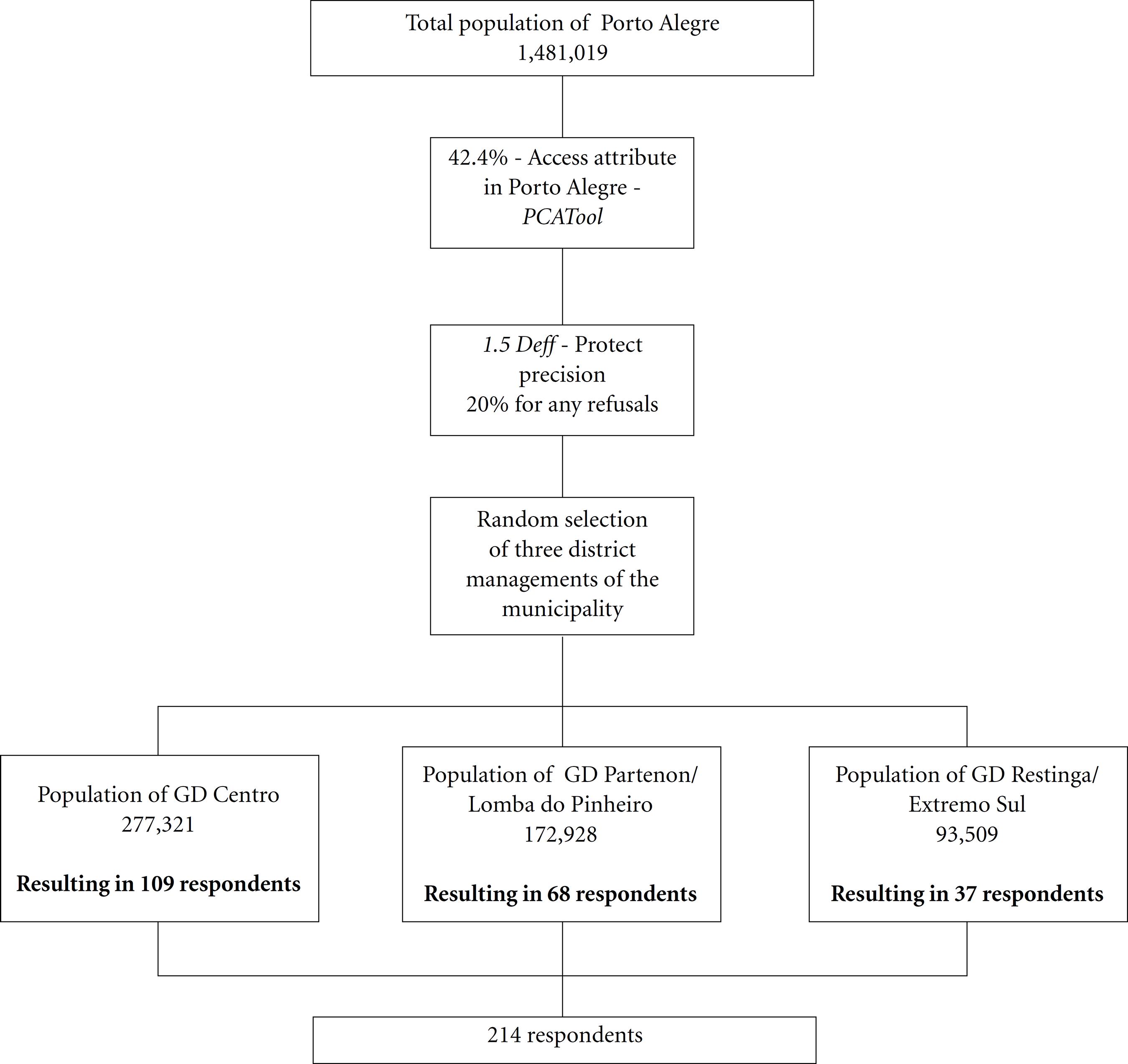 Table 1   Description of the sample studied through a household survey in an adult population in the city of Porto Alegre, 2017.