The book brings together lived experiences, reflections and knowledges about the health problems and ways of life of field, forest and water communities, while considering the reciprocal relations between man and the moral, social and economic environment in the territory where he lives in. It also highlights the applicability of the ecology of knowledges, also called ‘Southern Epistemologies’, which values the other knowledges produced through the promotion of dialogue aiming at a democratic construction of knowledge11 Carneiro FF, Krefta NM, Folgado CAR. A práxis da Ecologia de Saberes: entrevista de Boaventura de Souza Santos. Tempus Actas Saúde Colet 2014; 8(2):331-338..

The book’s editors opted to structure the knowledge produced into four major themes: the first – Weaving relationships for the shared production of knowledge – contemplates in three chapters the historical process of the creation of the Health Observatory, and of the National Policy for Integral Health of Field, Forest and Water Populations (PNSIPCFA, acronym according to the title in Portuguese, Política Nacional de Saúde Integral das Populações de Campo, Floresta e Águas), as well as the methodological process for using the ecology of knowledges’ epistemological strategy.

One of the strengths of this first theme is the detailing of how the theoretical-methodological assumptions that resulted in the book were constructed. It provides the reader with access to other bibliographic sources on the subject and the importance of two types of researchers in this construction process: the academic researcher, known in our daily life linked to educational and research institutions; and the popular researcher, or the residents of these communities that act directly in their territories.

Both researchers are treated equally, with common goals. The book focuses on promoting dialogue and debates between knowledges, improving the methodological constructions, and identifying how the Unified Health System (SUS, acronym referring to Sistema Único de Saúde) responds to the needs of these populations, identified in nine territories. Three of these territories are in the Northeastern region, two are in the Northern region, one is in the Center-West, two are in the Southeastern Region and one is in the Southern region of Brazil.

The second theme – From invisibility to the achievement of the right to health – is presented in four chapters, which highlight the dialogue between public policies for these populations, the challenge for the SUS and its information systems, and the contribution of the More Doctors Program (PMM, referring to Programa Mais Médicos) and of the Family Health Strategy (ESF, for Estratégia Saúde da Família) in the territory of these populations.

The PNSIPCFA, approved at the 14th National Health Conference, is a landmark in Health and signals the recognition of the conditions and social determinants of the field, forest and waters in the health/disease process of these populations. This policy’s implementation process in Brazil has been taking place in a democratic and participatory way. The authors attribute the merit of this development to the work of the Earth Group, responsible for aggregating the social participation of various organized and civil society entities, and thus removing the invisibility cloak of these populations within the SUS.

We reiterate that in 2017 the Ministry of Health published a decree to consolidate the norms on national health policies of the SUS33 Brasil. Ministério da Saúde (MS). Portaria de consolidação nº 2, de 28 de setembro de 2017. Consolidação das normas sobre as políticas nacionais de saúde do Sistema Único de Saúde. Diário Oficial da União; 2017.. Published in 2011 and updated in 2014, the PNSIPCFA is one of those contemplated in this decree.

However, the PNSIPCFA is not visible in the eight official SUS systems analyzed by the authors. Sometimes it is not possible to identify if the place where the event took place is in the territories of these populations, occasionally due to underreporting and incompleteness of the data, sometimes due to low coverage of the health services/actions, or even the complete lack of the service in the territory of these populations.

This invisibility impacts the quality of epidemiological surveillance in health because it makes it impossible to identify protection and risk factors to health, as well as the structure and dynamics existing in the territory of the field, forest and water populations. It also generates gaps in relation to the analysis of the health situation of these populations, going against the bottom-up health planning (from the local to the federal level); the execution of articulated health protection, promotion and recovery actions; the prevention of risks and harm; as well as the reduction of vulnerabilities.

The book also presents a summary table containing the objectives, principles and guidelines of the intra-sectoral and inter-sectoral public policies for field, forest and water populations. However, we did not identify references to the environmental legislation on Extractive Reserves in Brazil, which are important for the territorial, economic and social structuring.

The last chapter of this theme addresses the contribution of the PMM and the ESF to ensure advances in expanding the access to health actions and services for these populations. According to the authors these programs made it possible for regions predominantly inhabited by field, forest and water populations in municipalities with high social vulnerability to receive doctors and health teams. This situation may counteract the reality after January 2019 in these territories. Especially if we evaluate the permanence and resolutive capacity of the new emergency-accredited physicians regarding the healthcare needs of these populations.

Since the current model of the PMM was abruptly changed, with the sudden dismissing of 8,500 cooperating physicians – those who were accustomed to the health reality of these territories – from family health teams, millions of Brazilians, largely resident in the most vulnerable places in the country, were left unattended44 Santos S, Comes Y, Pereira LL, Costa AM, Merchan-Hamann E, Santos LMP. Evaluation of the More Doctors Program: experience report. Saúde Debate 2019; 43(120):256-268.. Despite the efforts of the country’s new political organizational structure, the vacancies were not fully filled. The abrupt change and the emergency hiring suggest that the political decision in the period was not based on the cycles of a Public Policy (Emergency and Scheduling of the Problem, Formulation, Implementation and Evaluation).

The third theme – The web in the struggle for the right to life in the territories – is the most extensive of them, with nine-chapters. It contains accounts, poems, life experiences and knowledges of the territories of the peasants, quilombolas, riverine, fishermen, sertanejos and other rural populations contemplated in this book, based in the states of Bahia, Pernambuco, Ceará, Goiás, Minas Gerais, Pará, Rio de Janeiro, Rio Grande do Sul and Tocantins.

The chapters of this theme present an analysis of the health situation from the perspective of the residents of these communities. They answered during the workshops guiding questions such as: ‘What threatens life?’, ‘What promotes life?’.

The common diseases in the urban centers which were cited were: asthma, cancer, sickle cell anemia, rabies and allergies, as well as lack of access to their treatment. Those related to the type of work done in communities, for example, exposure to and/or management of pesticides, common in rural areas. The lack of quality drinking water in these territories was also not forgotten, neither was inadequate nutrition, the lack of investment in health units, the lack of blood collection for laboratory analysis, and the health professionals’ lack of knowledge of the diseases/illnesses prevalent in these communities.

There were also reports about the distance of the vast majority of the communities from urban centers which offer health services as one of the major health threats to those living in field, forest and water communities, since they are more than 60km away.

Another focus that appears in the chapters of this theme is the confusion by the residents of the communities regarding whether their areas are rural or urban, mainly due to the proximity of some of these to urban centers, thus causing limitations on the implementation of the necessary infrastructure.

Moreover, the chapters are well described in terms of the main causes that threaten and promote life in the perception of these populations in the country’s eight distinct territories.

The insertion of the sustainability thematic in the political discussions is indicated as necessary, as is the respect for the differences between and within communities, the actions that contemplate the social and environmental characteristics in the approach to health, and the possibility of autonomy of the health units to develop specific actions. All these are considered important for the organization of the SUS in their territories.

According to some of the communities, another relevant point is the need for them to have knowledges about public policies, as this would empower them to dialogue with administrators, politicians and others.

The fourth and last theme deals with connected experiences and studies. In the first three chapters the reader will find material to reflect on the problems experienced by these populations, highlighting issues of pesticides, dams and hydro-business (e.g. shrimp farming), while the last chapter brings reports and reflections on the leadership formation for PNSIPCFA’s participatory management. The authors point out relevant aspects contemplated in the policies regarding the evaluation of the impacts on the environmental health and the field, forest and waters’ populations.

In the chapter on pesticides it is possible to visualize the scenario, the risk situations in the main crops in Brazil, as well as the authors’ concern about the underreporting of cases and the percentage of complete data (completeness) in Notification Disease Information System.

The following chapter turns to the consequences of a dam on the lives of the families and their challenges in their struggle for health, especially after the dam’s implementation, a moment when they are usually forgotten. The penultimate chapter emphasizes the difficulties of asserting the identity of mangrove peoples in the midst of conflicts with the hydro-business, making us wonder how many other water communities face similar problems and conflicts involving natural resources.

The book ends with reports and reflections based on the leadership training project for participatory management, a message that is present throughout the book. It highlights some movements and their importance in the formative processes and opening of spaces in participatory management, enabling the exchange of experiences and knowledges between communities, their interaction and the strengthening of resistance in order to defend the state of democracy, the right to health, the legal right to the territory, and to the sustainable development of the field, the forest and the waters.

In our view, part of this book’s appeal is the possibility of transposing us into these communities through reading the stories, the experience exchanges, the poems and images, allowing readers from various segments to propose future research and/or analysis of the health situation focusing on the subject, in this case the populations of the field, the forest and the waters of our country. The book also presents potential to contribute to discussions in the field of collective health that adequately include the specificities of this social group, due to the richness of information and meanings presented in its chapters.

We recommend this book as a complementary reading for students in the humanities, health and environmental sciences, and compulsory reading in subjects that involve the themes of health, environment, territory and public policies, because it encourages the discussion of the relationships between these themes and provides a holistic perspective on the vulnerability of these communities. We also consider it a mandatory bibliography in the training of environmental and social health managers, due to the impact of the information on the decision-making process when implementing actions and services that are in accordance with public policies. 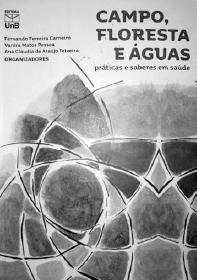