The measurement of social capital

Social capital has been defined as the resources available to individuals and groups through membership in social networks. The definition is consistent with either an individualistic approach, i.e. resources (such as information or instrumental assistance) that are accessed by individuals through their network connections; or a collective approach, e.g. the benefits accruing to members of a group - such as the ability of a community to engage in collective action - as a consequence of the existence of cohesive relationships. While research often restricts itself to a single level of analysis, the benefits (and downsides) of social capital accrue to both the individual as well as to the network to which he belongs. In the Dictionary of Epidemiology both the individual and collective levels of analysis were recognized in the definition of social capital.

The definition of social capital

For example, one approach in sociology is to treat social capital as an individual characteristic, i.e. the individual is considered to possess social capital according to the power of his social connections. Thus, Nan Lin's Position Generator measures social capital as the ability of the individual to access powerful social connections. In Lin's approach, the individual is asked to nominate members of his acquaintance network who hold valued social positions. According to this approach, an individual with high social capital is someone who is connected to friends who have high status or prestige occupations, or acquaintances who embody instrumental resources - for example, providing legal advice (a lawyer) or offering tips about how to get a child admitted to college (a college admissions official). Alternatively, in van der Gaag and Weber's Resource Generator approach, the respondent is asked whether he is acquainted with people in the network who can provide valuable assistance in the form of information, influence, or instrumental assistance.

A separate sociological tradition has treated social capital as a property of the collective. James Coleman in his Foundations of Social Theory (1992) was explicit about his level of conceptual analysis: "Unlike other forms of capital, social capital inheres in the structure of relations between persons and among persons. It is lodged neither in individuals nor in physical implements of production".6 Viewed in this way, social capital consists of the resources embedded in the social structure (e.g. an organization, a residential community, or a workplace) which facilitate the actions of individuals in them. For example the level of trust between members of a network is a type of moral resource that facilitates certain actions of the group, e.g., the ability to undertake collective action for the benefit of the group. For example, in the aftermath of natural disasters, variations in the stock of social capital have been shown to predict the speed with which different communities are able to organize relief efforts.

The important point to note is that the definition of social capital is not exclusively individually-focused or focused on the collective; it is both.

We recently proposed a definition of social capital in the new edition of the Dictionary of Epidemiology.7

1. The resources - for example, trust, norms, and the exercise of sanctions - available to members of social groups. The social group can take different forms, such as a work place, a voluntary organization, or a tightly-knit residential community. The salient feature of this approach is that social capital is conceptualized as a group attribute.

2. The resources - for example, social support, information channels, social credentials - that are embedded within an individual's social networks. In this approach, social capital is conceptualized as an individual attribute as well as a property of the collective.

Empirical research on social capital has stimulated a vigorous debate regarding its conceptualization and definition. Two points of contention are whether social capital ought to be considered as an individual or as a group attribute, and as social cohesion or as resources embedded in networks.

Social capital can be further broken down and operationalized along a number of sub-dimensions.8 As illustrated in Fig. 1, a first distinction can be drawn between cognitive social capital and structural social capital.9 Cognitive social capital refers to people's perceptions of the level of interpersonal trust as well as norms of reciprocity within the group. By contrast, structural social capital refers to the externally observable behaviors and actions of actors within the network, e.g. patterns of civic engagement. Both cognitive and structural social capital can be conceptualized and analyzed at the individual or collective levels. For example, X is able to borrow money from Y because the latter trusts the former to pay him back later. Trust between X and Y therefore facilitates the ability of X to gain access to a resource (a cash loan). When the analysis is extended to the collective level, we may predict that a group whose members trust each other is better equipped to provide access to financial credit to its members, e.g. through the establishment of a rotating credit association. There is not a standard questionnaire to measure social capital. But at the minimum, we encourage the use of three simple questions in health surveys related to civic organization membership, inter-personal trust and perceived norms of reciprocity that pertain to the cognitive dimensions of social capital. 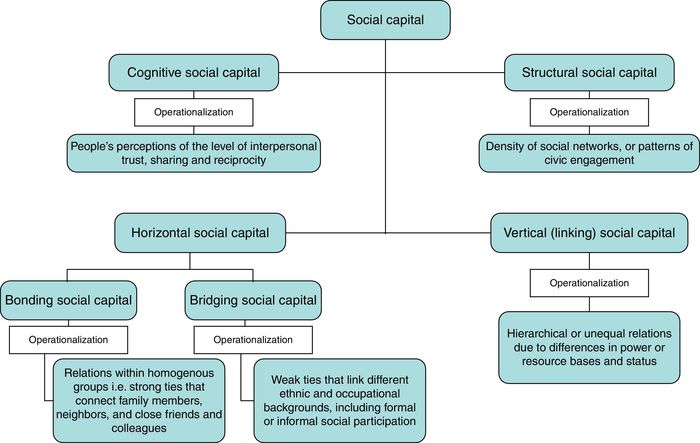 Fig. 1 Forms and dimensions of social capital with the operationalization of the concept.

Stoyanova and Díaz-Serrano have initiated the important task of analyzing data to describe social capital in the Catalan context. Their initial findings established that social capital, operationalized as social support at the individual level and trust and participation in elections at the population level, is associated with health outcomes in the population. An important next task is to establish whether social capital at the collective level (e.g. in a neighborhood) can be shown to be associated with individual health outcomes after conditioning on individual-level perceptions of social support and trust. However, the problem remains in the fact that neither the Catalan Health Survey, nor the Spanish Health Survey contain the minimal items (membership of civic organizations, trust, and reciprocity norms) related to the basic constructs of social capital.

Although this commentary is not intended to serve as a systematic review of different terminologies used in the analysis of social capital - other material already exists to do so11 - we emphasize a need for further studies with large samples that include appropriate data to provide consistent results about the relationship between social capital and health outcomes. A more comprehensive understanding of how social capital works in communities can potentially bring about solutions for many of the problems confronted by society today.

E. Villalonga-Olives and I. Kawachi designed, wrote and revised the manuscript.

No funding has been received to prepare this manuscript

Authors declare that they do not have conflicts of interest.

10. Kim D, Kawachi I. A multilevel analysis of key forms of community- and individual-level social capital as predictors of self-rated health in the United States. J Urban Health. 2006;83:813-26.