Hypertriglyceridemic waist phenotype and nutritional factors: a study with participants of ELSA-Brasil

To investigate the association between fat and fiber intakes and the hypertriglyceridemic waist phenotype (HWP).

Cross-sectional survey conducted from the baseline of Brazilian Longitudinal Study of Health Adult (ELSA-Brasil). Anthropometric measurements were conducted and the body mass index was calculated (BMI). Participants were classified according to the presence of HWP when waist circumference ≥ 102 and ≥ 88 cm, respectively, in men and women, and triglycerides ≥ 150 mg/dL. Fat and fiber intakes were assessed using a validated food frequency questionnaire, and socioeconomic, demographic and behavioral variables were collected through a questionnaire. The χ² test, Mann-Whitney and Poisson regression were performed with significance level of 5%.

A higher prevalence of HWP was found in obese, but no association was found between intake of fat and fiber and phenotype.

In a study carried out in Canada, Lemieux and collaborators44. Lemieux I, Pascot A, Coillard C, Lamarche B, Tchernof A, Alméras N, et al. Hypertrigliceridemic Waist: A marker of the atherogenic metabolic triad (Hyperinsulinemia; hyperapolipoprotein B; small, dense LDL) in men? Circulation. 2000;102(2):179-84. developed a low cost protocol with high predictive capacity for important changes in atherogenic markers, facilitating the screening of individuals at risk for coronary diseases. This proposal takes into account only the measurement of abdominal circumference and triglyceride levels, both routine exams performed in health services.

Weight and height were measured and the BMI was calculated to classify the participants’ nutritional status, according to cut-off points recommended by the World Health Organization (WHO)1212. World Health Organization. Defining the problem of overweight and obesity. In: World Health Organization. Obesity: preventing and managing the global epidemic: report of a Who Consultation. Geneva: WHO; 2000. p. 241-3.. To measure body weight, an electronic scale (Toledo•, model 2096PP), with a capacity of 200 kg and a precision of 50 g, was used. Height was measured using a wall stadiometer (Seca•, Hamburg, BRD) with an accuracy of 1 mm1313. Mill JG, Pinto K, Griep RH, Goulart A, Foppa M, Lotufo PA, et al. Aferições e exames clínicos realizados nos participantes do ELSA-Brasil. Rev Saúde Pública. 2013;47:54-62..

The WC was measured with the participant fasted and with the bladder empty, in an upright position, breathing normally, with the feet together, with the clothes raised and the arms crossed in front of the chest. The measurement was made with an inextensible tape measure at the midpoint between the iliac crest and the lower border of the costal arch1313. Mill JG, Pinto K, Griep RH, Goulart A, Foppa M, Lotufo PA, et al. Aferições e exames clínicos realizados nos participantes do ELSA-Brasil. Rev Saúde Pública. 2013;47:54-62..

Blood samples were obtained by venipuncture, with the participant fasted, respecting the period of 12 to 14 hours. Subsequently, the samples were duly stored and transported to the Central Laboratory of ELSA-Brazil. The method used to evaluate the TG variable was the colorimetric enzyme1414. Fossati P, Prencipe L. Serum triglycerides determined colorimetrically with an enzime that produces hydrogen peroxide. Clin Chem. 1982;28(10):2077-80..

EVALUATION OF FAT AND FIBER CONSUMPTION

Participants were asked about their usual consumption in the last 12 months and asked to respond how many times per day, week or month they consumed the items described. In the spontaneous reports of consumption, the option of seasonal consumption was only marked in the season itself. A response card with consumption frequency options was used to facilitate the participant’s choice without the need for memorization, and a kit of utensils was incorporated at the time of application of the FFQ to facilitate the identification of home measures1515. Molina MCB, Benseñor IM, Cardoso LO, Velasquez-Melendez G, Drehmer M, Pereira TSS, et al. Reprodutibilidade e validade relativa do questionário de frequência alimentar do ELSA-BRASIL. Cad Saúde Pública. 2013;29(2):379-89..

The sociodemographic variables and behavioral characteristics evaluated were collected through a questionnaire in an interview conducted at each research center. Schooling was reported during the interview and per capita income was calculated from the approximate net family income information of the month prior to the interview, and the number of people who depend on it. With regard to smoking, questions about current and past smoking were asked. In this study, the following indicators were used: schooling (middle, high, superior and post-graduate), per capita income (in tertiles) and smoking (never smoked, ex-smoker and smoker).

To assess the presence of HWP, WC and TG were evaluated using the parameters established by the National Cholesterol Education Program (NCEP)1717. National Cholesterol Education Program. Executive summary of the Third Report of the NCEP. Expert panel on detection, evaluation, and treatment of high blood cholesterol in adults (Adult Treatment Panel III). JAMA. 2001;285(19):2486-97., with WC for men ≥ 102 cm and for women ≥ 88 cm. For TG, the recommendation is ≥ 150 mg/dL. The values were later categorized in the absence and presence of HWP.

Consumption values (g/day) that were above the 99 percentile were considered to belong to the 99 percentile itself. In addition, foods referred to as seasonal consumption had total daily consumption value of this item multiplied by 0.25. The estimation of fat and fiber intake was adjusted by energy consumption, a method proposed by Willett et al.2020. Willett WC, Howe GR, Kushi LH. Adjustment for total energy intake in epidemiologic studies. Am J Clin Nut. 1997;65(4 Suppl):1229S-31S.. Consumption values were presented in the table as mean + SD. To evaluate the association between HWP and fat and fiber intake, the values were categorized into quintiles for entry into the Poisson regression model.

Data were analyzed using the statistical program Statistical Package for Social Sciences (SPSS) 17.021. The χ2, Mann-Whitney and Kruskal Wallis tests as well as a Poisson regression model were adjusted for age, sex, nutritional status, smoking and physical activity. The significance level adopted for all tests was p < 0.05.

Thumbnail
Figure 1:
Definition of the sample of ELSA-Brazil participants, 2008-2010.
Thumbnail
Table 1:
Socio-demographic characteristics according to the presence of hypertriglyceridemic waist phenotype in ELSA-Brazil, 2008-2010.

Thumbnail
Table 2:
Characteristics of lifestyle and health according to the presence of the hypertriglyceridemic waist phenotype in the ELSA-Brazil population, 2008-2010.

Thumbnail
Table 3:
Consumption of energy, fat and fiber, according to the presence of the hypertriglyceridemic waist phenotype, 2008-2010.

There was no association between fat consumption and HWP, even after adjustment for socioeconomic and health variables. Recent meta-analysis2222. Souza RJ, Mente A, Maroleanu A, Cozma AI, Há V, Kishibe T, et al. Intake of saturated and trans unsaturated fatty acids and risk of all cause mortality, cardiovascular disease, and type 2 diabetes: systematic review and meta-analysis of observational studies. BMJ. 2015. showed a clear relationship between a high fat diet, disease development and CVD mortality, although there is still controversy regarding this issue2323. Siri-Tarino PW, Sun Q, Hu FB, Krauss RM. Meta-analysis of prospective cohort studies evaluating the association of saturated fat with cardiovascular disease. Am J Clin Nutr. 2010;91:535-46.. Possibly, these contradictory results are related to the participation of different types of fats in the diet, with mechanisms of action and diverse effects on the health still little clarified. An example is lauric acid2424. Cardoso DA, Moreira ASB, Oliveira GMM, Luiz RR, Rosa G. A coconut extra virgin oil-rich diet increases HDL cholesterol and decreases waist circumference and body mass in coronary artery disease patients. Nutr Hosp. 2015;32(5):2144-52., present in saturated fats, since it is related to the reduction of serum and anthropometric lipids, contrary to the expected effect. There was also no association of HWP with fiber consumption, despite the recognized relation of this exposure with TG and WC66. Arsenault BJ, Lemieux I, Després JP, Wareham NJ, Kastelein JJ, Khaw KT, et al. The hypertriglyceridemic-waist phenotype and the risk of coronary artery disease: results from the EPIC-Norfolk Prospective Population Study. CMAJ. 2010;182(13):1427-32.,88. Maki KC, Beiseigel JM, Jonnalagadda SS, Gugger CK, Reeves MS, Farmer MV, et al. Whole-Grain Ready-to-Eat Oat Cereal, as Part of a Dietary Program for Weight Loss, Reduces Low-Density Lipoprotein Cholesterol in Adults with Overweight and Obesity More than a Dietary Program Including Low-Fiber Control Foods. J Am Diet Assoc. 2010;110(2):205-14..

In this study, the physical activity of weak intensity was associated with a higher prevalence of HWP, as observed by Haack and collaborators77. Haack RL, Horta BL, Gigante DP, Barros FC, Oliveira I, Silveira VM. The hypertriglyceridemic waist phenotype in young adults from the Southern Region of Brazil. Cad Saúde Pública. 2013;29(5):999-1007. in Pelotas (RS). A higher prevalence of HWP in overweight and obese individuals was also found, as well as in participants with lower per capita income and with a history of smoking. Excess weight is the most important predictor of the endpoint studied, a result also found in a comprehensive study conducted in the United Kingdom by Arsenault and collaborators66. Arsenault BJ, Lemieux I, Després JP, Wareham NJ, Kastelein JJ, Khaw KT, et al. The hypertriglyceridemic-waist phenotype and the risk of coronary artery disease: results from the EPIC-Norfolk Prospective Population Study. CMAJ. 2010;182(13):1427-32., which identified an increased risk for coronary heart disease among individuals with HWP.

The caloric intake of the diet was lower in individuals with HWP, who in turn presented higher intake of soluble fiber. The evaluation of dietary intake performed by dietary surveys is quite complex and subject to sub-reports. Scagliusi and Lancha Júnior2828. Scagliusi FB, Lancha Júnior AH. Subnotificação da ingestão energética na avaliação do consumo alimentar. Rev Nutr. 2003;16(4):471-81. state that this underestimation occurs consciously due to embarrassment and fear of non-acceptance.

Another positive point of this study is the performance of quality control and quality assurance activities and procedures at all stages of the research, as described by Schmidt and collaborators3030. Schmidt MI, Griep RH, Passos VM, Luft VC, Goulart AC, Menezes GMS, et al. Estratégias e desenvolvimento de garantia e controle de qualidade no ELSA-Brasil. Rev Saúde Pública. 2013;47(Suppl. 2):105-12.. This process confers methodological rigor to the present research, a necessary and important condition in large studies, of a multicentric nature and with a diversity of measures.

No association was found between HWP and consumption of fats and fiber, although studies have already demonstrated this effect, as well as their relationship with cardiovascular health. In this study, HWP was associated with overweight, lower per capita income, history of smoking and poor physical activity. 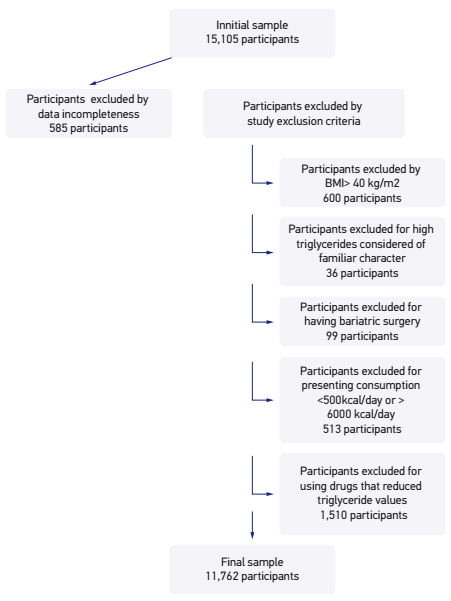 Table 1:   Socio-demographic characteristics according to the presence of hypertriglyceridemic waist phenotype in ELSA-Brazil, 2008-2010.

Table 2:   Characteristics of lifestyle and health according to the presence of the hypertriglyceridemic waist phenotype in the ELSA-Brazil population, 2008-2010.

Table 3:   Consumption of energy, fat and fiber, according to the presence of the hypertriglyceridemic waist phenotype, 2008-2010.