Use of complementary and alternative medicine therapies in the province of Coronel Portillo, Ucayali, Peru

A cross-sectional study was carried out to evaluate the use of complementary and alternative medicine (CAM) therapies and the factors associated with it, in the province of Coronel Portillo (Ucayali) during 2013. A total of 917 surveys were carried out among household heads in three districts of the province (Callería, Manantay and Yarinacocha), in which the proportion of CAM use was calculated and the relationship with sociodemographic variables (age, sex, educational level, marital status, occupation and income) was analyzed. From the total, 179 respondents (19.5%) mentioned that they used CAM in the last 12 months. A statistically significant relationship was found between the use of CAM therapies and educational level (p < 0.001), respondent’s occupation (p < 0.001) and monthly income (p < 0.001). Future research will define the found associations and the variables involved.

Ucayali is one of the most important regions in the Amazon because of its health indicators for certain noncommunicable diseases, for example, the highest number of diabetes cases are reported in Ucayali (77. Ministerio de Salud. Análisis de Situación de Salud del Perú. 2018. Lima: Centro Nacional de Epidemiología, Prevención y Control de Enfermedades, MINSA; 2018. [citado el 17 de julio de 2019]. Disponible en: https://www.dge.gob.pe/portal/docs/asis/Asis_peru19.pdf.
https://www.dge.gob.pe/portal/docs/asis/... ; among several other diseases in which CAM has the best available evidence of safety and efficacy. On the other hand, the province of Coronel Portillo is home to 77.3% of the population of the Ucayali region, the 3 studied districts represent 88% of the province’s population 88. Instituto Nacional de Estadistica e Informatica (INEI). Censos Nacionales 2007: XI de Población y VI de Vivienda. Lima: Instituto Nacional de Estadística e Informática; 2008. who are mostly dedicated to minority commerce: agriculture, livestock farming, hunting and forestry, with a significant presence of indigenous people 99. Municipalidad de Coronel Portillo. Plan de desarrollo concertado provincial de Coronel Portillo 2009-2021. Coronel Portillo; 2009.. In this sense, the objective of this study was to evaluate the use of CAM therapies and their associated sociodemographic factors in the province of Coronel Portillo during 2013.

Motivation for the study: In Peru, the use of complementary and alternative medicine (CAM) has been barely studied, considering that Peru is a multicultural country where these practices are rooted in society and are used on a daily basis, in parallel to the conventional health system.

Main findings: In the Peruvian Amazon, province of Coronel Portillo (Ucayali), 917 people were surveyed, and 19.5% of CAM use was found.

Implications: These results support the integration of these therapies into the national health system.

Analytical cross-sectional study conducted from May to December 2013 in 3 districts: Callería, Manantay and Yarinacocha, in the province of Coronel Portillo in Ucayali. People aged 18 or older, domiciled in the 3 districts, were included. The participation of one member per family (head of household or whoever was acting as head of household at the time of the survey) was considered. People who did not wish to participate in the study, who could not read or write, or who had problems understanding the survey questions were excluded.

Simple random sampling was carried out, with distribution proportional to the study population and applied to all the dwellings in the selected blocks. A total of 3,394 blocks were considered, comprising the districts of Callería (1,367 blocks), Manantay (990 blocks), Yarinacocha (1,037 blocks), and a total of 67,156 dwellings (Callería: 31,575 dwellings, Yarinacocha: 20,071 dwellings and Manantay: 15,510 dwellings).

To obtain the sample size, we considered a CAM usage ratio of 50%; a 95% confidence level and 5% accuracy. Additionally, a 10% non-response rate was considered and a final size of 840 surveys was obtained (395 surveys in Callería, 252 in Yarinacocha and 193 in Manantay). Epidat 3.1 was used to select the dwellings to be surveyed.

The use of CAM therapies in the last 12 months was considered a dependent variable, defined as the affirmative answer to the question: Have you received any complementary and alternative medicine therapy in the last 12 months? In those who answered yes, the use of CAM therapies was characterized as follows: type of therapy used, institution providing the service and whether it was made known to the treating physician.

Age, sex, marital status, education, occupation, and income were evaluated as possible factors associated with the use of CAM therapies.

The instrument used consisted of a data collection sheet of 24 multiple-choice questions, divided in two sections: general data, where information was collected on possible socio-epidemiological factors associated with the use of CAM; and aspects related to the use of CAM in the population (Supplementary material), where the use of these therapies is evaluated.

Descriptive statistics (frequencies and percentages) were used to show the distribution of study variables in the people included in the research. Later, a bivariate analysis was performed to corroborate the presence of statistical association between each of the possible associated factors and the use of CAM, by using the Chi-square test. These tests were carried out using STATA 13 ® (StataCorp. 2013. Stata Statistical Software: Release 13. College Station, TX: StataCorp LP).

This research was approved by the Research Ethics Committee of the Instituto Nacional de Salud. Due to its nature, this was a low-risk study for participants, who were asked for informed consent before they were included. No data were obtained that would identify the respondents.

Thumbnail
Table 1
Characteristics of respondents (n = 917) in 3 districts of the province of Coronel Portillo (Ucayali) in 2013.

It was found that 179 respondents (19.5%) had used CAM in the last 12 months, of which 36 (20.1%) reported that they used these methods in conjunction with conventional therapies and only 22 (12.2%) reported to their treating physician that they were using CAM therapies.

It was determined that 68.7% of the people who used CAM refer that they went to private establishments (independent), while 20.7% went to the Seguro Social de Salud (EsSalud). A lower percentage went to religious organizations (3.5%), to facilities of the Ministerio de Salud (0.6%), among others (3.5%). When asked about the reasons the respondents had for using CAM, 45.8% mentioned that they were doing it on the recommendation of a family member or friend; 15.6% referred to using it because conventional medicine did not provide a solution to their health problem; and 13.9% considered these therapies to be effective.

The CAM therapy most used by the respondents was phytotherapy (62.0%); followed by acupuncture (17.9%), tai chi (10.1%), trophotherapy (8.9%), reflexology (7.3%) and massotherapy (5.6%). Other reported methods were chiropractic yoga, geotherapy, and, to a lesser extent, magnetic hydrotherapy, and homeopathy (Figure 1).

Thumbnail
Figure 1
Distribution of complementary and alternative medicine therapies used in 3 districts of the province of Coronel Portillo (Ucayali) in 2013.

In the bivariate analysis, a statistically significant relationship was found between the use of CAM therapies and educational attainment (p < 0.001), occupation (p < 0.001) and monthly income (p < 0.001) (Table 2).

Thumbnail
Table 2
Factors associated with the use of complementary and alternative medicine in 3 districts of the province of Coronel Portillo (Ucayali) in 2013.

During the bivariate analysis we found a statistical association between occupation, income, and educational attainment. In the case of the factors “occupation” and “economic income”, previous studies have shown contradictory results. The systematic review by Bai James et al. summarizes the findings of 10 studies in which a statistical relationship was found between CAM use, low socioeconomic status, and not having formal employment (or being self-employed) 1616. James PB, Wardle J, Steel A, Adams J. Traditional, complementary and alternative medicine use in Sub-Saharan Africa: a systematic review. BMJ Glob Health. 2018;3(5):e000895. doi: 10.1136/bmjgh-2018-000895.
https://doi.org/10.1136/bmjgh-2018-00089... . These findings are consistent with the study made by Peltzer and Pengpid, who found an association between low socioeconomic indicators and the use of CAM therapies 1717. Peltzer K, Pengpid S. Prevalence and Determinants of Traditional, Complementary and Alternative Medicine Provider Use among Adults from 32 Countries. Chin J Integr Med. 2018;24(8):584-90. doi: 10.1007/s11655-016-2748-y.
https://doi.org/10.1007/s11655-016-2748-... . However, the studies carried out by Wemrell et al. and Johny et al. found no significant association between use of CAM therapies and socioeconomic status in users from Sweden 1818. Wemrell M, Merlo J, Mulinari S, Hornborg A-C. Two-Thirds of Survey Respondents in Southern Sweden Used Complementary or Alternative Medicine in 2015. Complement Med Res. 2017;24(5):302-9. doi: 10.1159/000464442.
https://doi.org/10.1159/000464442... and Malaysia 1919. Johny AK, Cheah WL, Razitasham S. Evidence-Based Complementary and Alternative Medicine [Internet]. 2017. Disclosure of Traditional and Complementary Medicine Use and Its Associated Factors to Medical Doctor in Primary Care Clinics in Kuching Division, Sarawak, Malaysia. [citado el 18 de julio de 2019]. Disponible en https://www.hindawi.com/journals/ecam/2017/5146478/.
https://www.hindawi.com/journals/ecam/20... , respectively.

Within the limitations of this study, it should be mentioned that the use of data collection instruments such as data collection sheets implies the inherent probability of information bias and memory bias by the respondents. On the other hand, not considering the use of complex sampling alters the final estimates, and the age of the data may mean that these findings are no longer applicable today. However, the results of this study are relevant because of the lack of information on the use of CAM in the Amazon population. Future studies should consider other types of sampling and prospective designs to avoid, if possible, these limitations.

In addition, aspects such as family composition or whether or not the person providing the information was the head of the family were not studied in depth; therefore, it is recommended that further research add these aspects to the data collection instruments.

In conclusion, almost a fifth of the studied sample used CAM therapies in the last 12 months, besides, the educational attainment, occupation and economic income turned out to be factors associated to the use of these therapies. This research provides relevant information about the situation of CAM use by the Amazonian population, in its socio-cultural context and socioeconomic dynamics.

RSA and FVO conceived and designed the study. RSA and FVO collected data and information. RSA, FVO, and YAB wrote the paper, and analyzed and interpreted the results. RSA and FVO obtained the funding. All authors participated in the critical review and approval of the final version.

Figure 1   Distribution of complementary and alternative medicine therapies used in 3 districts of the province of Coronel Portillo (Ucayali) in 2013. 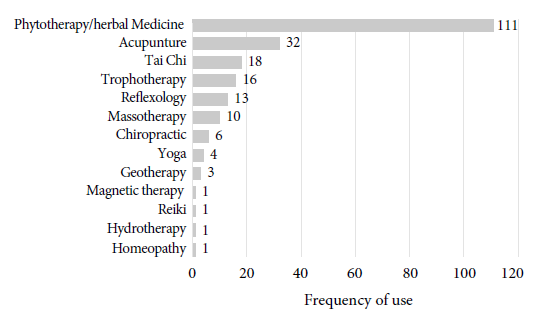 Table 1   Characteristics of respondents (n = 917) in 3 districts of the province of Coronel Portillo (Ucayali) in 2013.

Table 2   Factors associated with the use of complementary and alternative medicine in 3 districts of the province of Coronel Portillo (Ucayali) in 2013.