To assess the inequalities in access, utilization, and quality of health care services according to the socioeconomic status.

This population-based cross-sectional study evaluated 2,927 individuals aged ≥ 20 years living in Pelotas, RS, Southern Brazil, in 2012. The associations between socioeconomic indicators and the following outcomes were evaluated: lack of access to health services, utilization of services, waiting period (in days) for assistance, and waiting time (in hours) in lines. We used Poisson regression for the crude and adjusted analyses.

Although no differences were observed in the use of health care services across socioeconomic groups, inequalities were evident in the access to and quality of these services.

The aim of this study was to assess inequalities in access, utilization, and quality of health care services according to the socioeconomic status.

The study sample was randomly and systematically selected in two stages. The first stage involved the selection of census sectors from the 2010 censusaa Instituto Brasileiro de Geografia e Estatística. Censo demográfico 2010: famílias e domicílios, resultados da amostra. Rio de Janeiro: IBGE; 2012. and the second stage involved the selection of households. Of the 495 census sectors from urban areas, 130 were selected. Of these, 1,722 households were located, respecting the strategy of systematic sampling proportional to the sector size. In each selected household, all individuals aged > 10 years were invited to participate. The exclusion criteria were: patients who were institutionalized and those with severe mental or emotional disabilities that precluded the completion of the survey. This analysis was restricted to individuals aged ≥ 20 years.

Before the interviews, all selected households were visited by field supervisors, who delivered an invitational letter to residents with an invitation to participate. After acceptance, a visit with an interviewer was scheduled. Interviews were handled by trained staff. Interviews that were not performed after three attempts on different days and times, with one of these attempts being made by a study supervisor, were considered losses and refusals. Quality control was ensured using different data collection strategies, e.g., checking for database inconsistencies. After the interviews, a new visit was made randomly to 10.0% of the study sample. Quality control was ensured by using a short questionnaire containing 14 queries.

The waiting period (days) for assistance was measured by analyzing the answers to the following question: “How long did you wait before availing the service?”. The variable was dichotomized at 5 days of receiving treatment,99 Forrest CB, Starfield B. Entry into primary care and continuity: the effects of access. Am J Public Health. 1998;88(9):1330-6. DOI:10.2105/AJPH.88.9.1330 and this value represented the 75th percentile of distribution. For this parameter, the denominator was the total number of individuals who used health care services.

The waiting time (minutes) in lines was measured by analyzing the answers to the following question: “After you arrived at the health care unit, how long did you wait in lines before receiving the service?”. The variable was dichotomized at 1 h of waiting to receive treatment, and this value represented the 75th distribution percentile. For this parameter, the denominator was the total number of individuals who used health care services, excluding those who were hospitalized.

A descriptive analysis involving the calculation of prevalence and its respective confidence intervals was executed. We used Poisson regression to obtain the crude and adjusted prevalence rates22 Barros AJ, Hirakata VN. Alternatives for logistic regression in cross-sectional studies: an empirical comparison of models that directly estimate the prevalence ratio. BMC Med Res Methodol. 2003;3:21. DOI:10.1186/1471-2288-3-21 and respective p-values. For the adjusted analysis, three models were used. The first model examined the association between outcomes and socioeconomic indicators (economic status and level of education), adjusted for the following variables: gender, age, ethnicity, marital status, and either level of education or economic status, to remove the effect of possible confounders. Model 2 included model 1 and the self-reported morbidities to control the effect of the health needs. Model 3 included model 2 and the type of health care service sought. This model was developed to indicate the mediator role of health care services in the association between outcomes, economic status, and level of education, considering that the type of health care service is a determinant of the quality of care and represents a proxy for the urgency/emergency of health care services. Associations with p < 0.05 were considered significant. Statistical analyses were performed using Stata 12.1 software and the syv command was used to consider the sampling process of the study.

This study was approved by the Research Ethics Committee of the Faculdade de Medicina da Universidade Federal de Pelotas (Protocol 77/11 of December 1, 2011). All participants signed an informed consent form.

With regard to the type of service used, 12.6% of the adults used medical clinics, 7.4% used basic health units, 5.1% used emergency care units, and 3.5% used outpatient clinics, specialized centers, psychosocial care centers, or health care services from other municipalities, and 0.7% were hospitalized. In total, SUS funded 45.7% of the health care services whereas health care plan and out-of-pocket health expenditure financed 41.2% and 13.1% of the services, respectively. The lower the economic status and level of education, the higher the rate of funding by SUS.

The highest prevalence of lack of access and waiting time in lines were observed among individuals with a lower economic status and a lower level of education. The higher the economic status and level of education, the longer the waiting period (in days) to receive treatment. The use of health care services was similar between individuals of economic groups and education levels (Table 2).

Thumbnail
Table 2
Prevalence of the outcomes according to the economic status and level of education. Pelotas, RS, Southern Brazil, 2012.

The highest prevalence of lack of access (16.7%) and waiting time of ≥ 1 h in lines (53.0%) were recorded for those who sought or used basic health care services (Figure).

Thumbnail
Figure
Prevalence of lack of access and quality indicators of care according to the types of health care services.a Pelotas, RS, Southern Brazil, 2012.

Analyses of the unadjusted models showed a significant association with all outcomes, except the use of health care services and economic status. After adjustment for model 1 (sociodemographic variables) and model 2 (model 1 plus health care needs), associations remained similar. Individuals of economic class C and D/E showed greater lack of access and longer period in lines (≥ 60 min) than individuals from classes A and B. Adults with lower level of education (≤ 8 years) were less likely to wait ≥ 5 days to receive care compared with those with ≥ 9 years of education. In model 3 (models 1 and 2 plus the type of health care service sought), associations were not significant with exception of the waiting period of ≥ 5 days to receive care and level of education (Table 3).

The similarity observed between the different socioeconomic groups in the use of health care services may indicate improvements in the public health care system.1515 Paim J, Travassos C, Almeida C, Bahia L, Macinko J. The Brazilian health system: history, advances, and challenges. Lancet. 2011;377(9779):1778-97. DOI:10.1016/S0140-6736(11)60054-8 Nevertheless, socioeconomic inequalities were observed with respect to the access to and quality of care for individuals with a lower economic status and those with a lower level of education, even after adjusting for health needs.

The percentage of individuals without access to health care services was similar to that found in Canada2323 Wilson K, Rosenberg MW. Accessibility and the Canadian health care system: squaring perceptions and realities. Health Policy. 2004;67(2):137-48. DOI:http://dx.doi.org/10.1016/S0168-8510(03)00101-5
https://doi.org/10.1016/S0168-8510(03)00... and also in Brazilian studies of national representativeness.1515 Paim J, Travassos C, Almeida C, Bahia L, Macinko J. The Brazilian health system: history, advances, and challenges. Lancet. 2011;377(9779):1778-97. DOI:10.1016/S0140-6736(11)60054-8 The prevalence of lack of access is relatively low but the expected prevalence is zero considering that this access is a citizen’s right and responsibility of the State.cc Brasil. Constituição da República Federativa do Brasil. Brasília (DF); 1998. Artigo 196. Furthermore, during the recall period, many individuals may have experienced lack of access but may have received treatment in the last month. Of note, the queries with regard to the lack of access were provided only to individuals who reported not using any health care service. Therefore, the method used for assessing the outcomes may have minimized the magnitude of the problem.

The number of days before receiving care was the only indicator that showed inequality favoring individuals of a lower socioeconomic status. Although its association with economic status was not maintained in the adjusted analyses, individuals with a lower level of education received health care services faster, even after adjusting for health needs. However, this result should be treated with caution, considering the complexity of this characteristic. The funding of healthcare utilization may have significantly influenced this finding. The shortest period (in days) to receive care in basic health care units depends, to some extent, on the persistence of the population to receive treatment, even facing long lines starting very early in the morning.66 Cunha ABO, Vieira-da-Silva LM. Acessibilidade aos serviços de saúde em um município do Estado da Bahia, Brasil, em gestão plena do sistema. Cad Saude Publica. 2010;26(4):725-37. DOI:10.1590/S0102-311X2010000400015

The study findings indicate that health care services can decrease economic inequalities in the access and quality of care. The effect of economic class in the occurrence of lack of access and time spent in lines was mediated by health services, reflecting their importance as a social determinant of health.

Some limitations in our study should be considered. First, losses and refusals were different by gender, which may cause bias in the prevalence of outcomes. However, it is unlikely that the effect measures have been affected, considering that, in principle, there is no reason to suspect that the losses were different in the association between outcomes and socioeconomic variables. Furthermore, gender was used in the adjustment models to avoid distortions in the effect measures. Second, the external validity of the findings is difficult to assess because of the characteristics related to the socioeconomic status and health care in the city of Pelotas. Third, the evaluation of different health care services reported herein complicates the specificity of some discussions but provides information at the population level, indicating possible topics to be evaluated in detail in future studies, e.g., the limited access to primary health care services.

The findings of this study reveal problems in health care services, especially among the population that uses basic health care services in the urban area of Pelotas. The lack of access and the longer period in lines were more frequent among those with lower socioeconomic status, indicating potential inequalities that can be avoided in the scope of a more effective primary health care system.

This population-based study evaluated the use of, lack of access to, and waiting period for health care services. Moreover, it evaluates the socioeconomic inequalities associated with these factors.

This assessment will help elucidate the occurrence and factors that influence the availability, lack of access, and quality of health care services and will outperform the more traditional studies that address only the use of health care services. Data were obtained from a representative sample of the adult population (≥ 20 years) in Pelotas, a medium-sized city in Southern Brazil.

The availability of human resources in primary health care, changes in both the organization of the care services provided and in the labor processes of the medical teams are all essential measures to promote an improved organization and coordination of the health care network for the population assisted by this care health system.

Figure   Prevalence of lack of access and quality indicators of care according to the types of health care services.a Pelotas, RS, Southern Brazil, 2012. 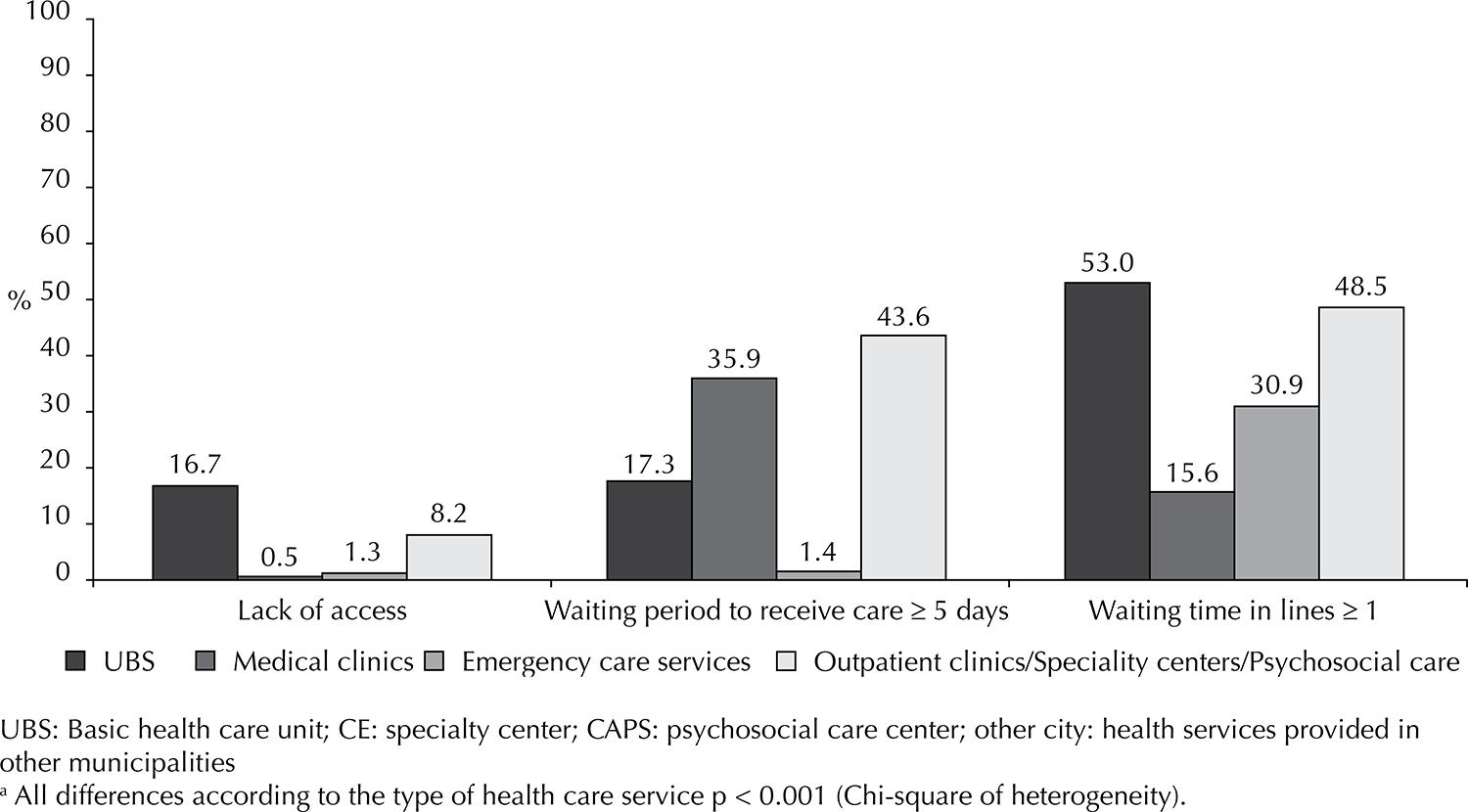 Table 2   Prevalence of the outcomes according to the economic status and level of education. Pelotas, RS, Southern Brazil, 2012.