Dear editor: Due to the great controversies about the subject, the objective was to know the public opinion about the legalization of the medicinal (MM) and recreational marijuana RM. For that, a survey was applied in the metropolitan area of Monterrey, Nuevo Leon, Mexico. Individuals were randomly selected from June to July 2016 and verbal consent was obtained. The instrument was composed of three sections and has been previously described.11. Moeller KE, Woods B. Pharmacy Students’ Knowledge and Attitudes Regarding Medical Marijuana. Am J Pharm Educ. 2015;79(6):85. https://doi.org/10.5688/ajpe79685
https://doi.org/10.5688/ajpe79685... Responses were trichotomized: agreed (levels 1 and 2), neither agreed - nor disagreed (level 3) and disagreed (levels 4 and 5) and the results were expressed as percentages. Differences between groups were analyzed with a Chi-square test and association with a Spearman correlation.

The positive association between “to have received formal education about marijuana” with “support for legalization of MM” and with “safety when used responsibly” highlight the importance and the need of education about MM and RM.

Table I   Attitudes toward medicinal and recreational marijuana in metropolitan area of Monterrey, Nuevo León, México, 2016 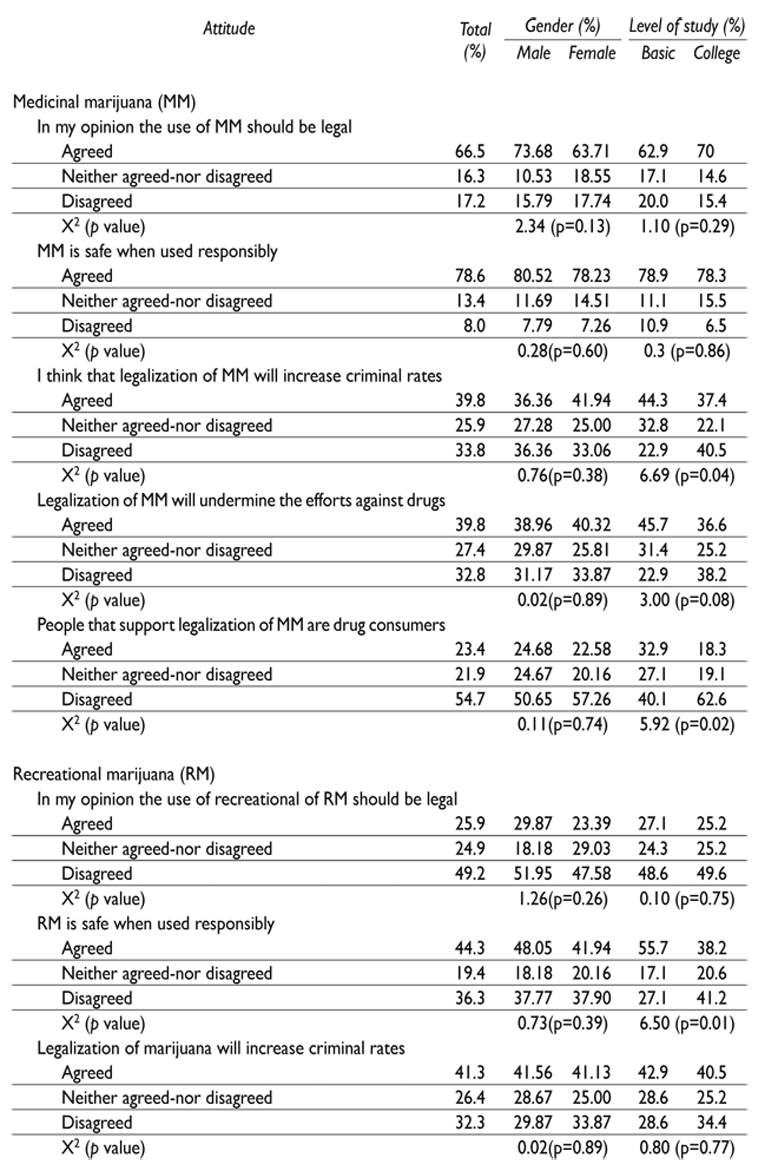