Recent news from WHO

 WHO marked the 20th anniversary of the nuclear reactor explosion at Chernobyl in Ukraine on 26 April, the world's worst-ever civil nuclear accident with the launch of a new WHO report: Health effects of the Chernobyl accident and special health care programmes. The report contains new findings on the devastating health effects of radiation on people living in Belarus, the Russian Federation and Ukraine. Among those findings, it estimates that 5000 people, who were children and adolescents at the time, have been diagnosed with thyroid cancer as a result of the disaster. The report estimates that there will be approximately 9000 excess deaths from cancer due to Chernobyl among the people living in the most affected areas in those three countries. http://www.who.int/ionizing_radiation/chernobyl/en/index.html 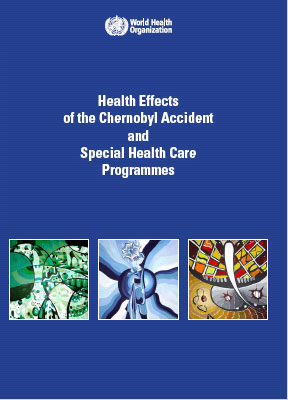  Several countries are on track to eliminate the infectious eye disease, blinding trachoma, WHO said on 10 April. The estimated number of people affected by trachoma has fallen from 360 million people in 1985 to 80 million people today. This is the result of efforts by the WHO Alliance for the Global Elimination of Blinding Trachoma combined with socioeconomic development.

 The World Health Report 2006: Working together for health was launched on 7 April, World Health Day 2006. The report, which highlights the plight of 57 developing countries with serious shortages of health workers, estimates that more than four million additional doctors, nurses, midwives, managers and public health workers are urgently needed to meet health-care needs in these countries, 36 of which are in sub-Saharan Africa. http://www.who.int/whr/2006/en/index.html

For more about these and other WHO news items please see: http://www.who.int/mediacentre/events/2006/en/index.html